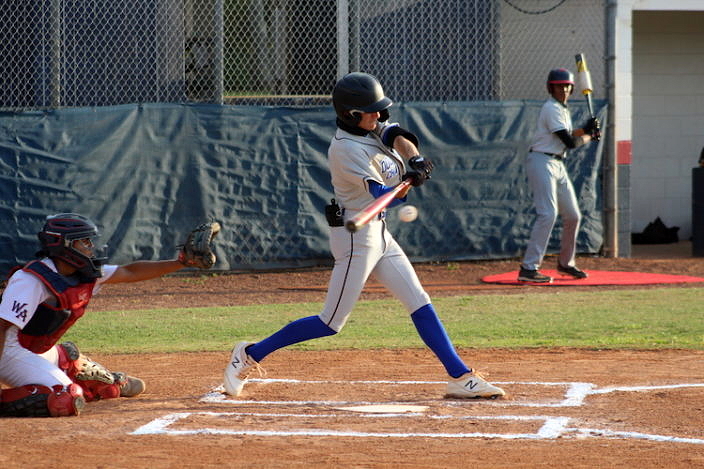 It was Senior Night for Westminster Academy Thursday evening when the host Lions took the field against Doctors Charter.

So it could not have been more fitting that a senior, one of only four on the team, would turn out to be the star of the evening for his team.

And what a star Vinny Chirafisi turned out to be.

Even though it turned out to be just a five inning game, Chirafisi wound up playing all nine positions on the field during the game. And he wrapped up a big 14-1 win for WA in style when his last position of the night turned out to be on the mound when he entered with two outs in the fifth and struck out the last batter to end the contest.

Chirafisi started the game in left field and began moving around to different spots throughout the contest. Fortunately the Lions jumped all over Doctor’s Charter starter John Bianchi early with two runs in the first before sending 11 batters to the plate in the second, scoring seven more runs to build a 9-0 lead.

It afforded Westminster manager Ernie Gonzalez the luxury of doing something he, his coaches and Chirafisi had talked about before the game.

“We were fortunate to get the big lead early and it gave us some room to do it,” said Gonzalez who arrived just last year to take over the program. “Vinny is one of those old school, hard-nosed kids. Stubborn and we battled a little bit and had our ups and downs when I first got here but our relationship is so good now, he’s my favorite player on the team. He works so hard and he can play anything and do the job at any position. I’m not sure if something like this has ever been done on the high school level but Vinny deserved tonight.” 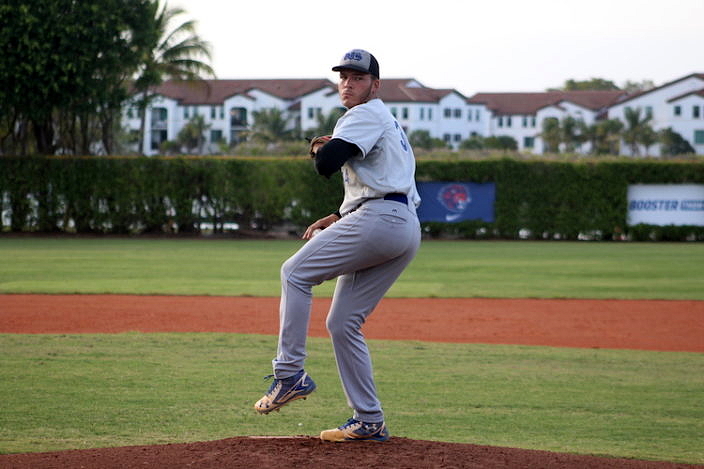 It wasn’t just in the field Chirafisi contributed either. Not by a long shot. After leading off the game by reaching on an error, he stole second, stole third and then scored the Lions first of 14 runs on the night when he tagged up on a Robert Nedry sacrifice fly to right.

But his offensive curtain call came in the last of the fourth. With the Lions having already plated two runs to go up 11-1, Chirafisi stepped up to the plate with two on and two out and promptly laced a shot to the fence in right center.

Gifted with pretty good speed, Chirafisi flew around the bases and when he reached third, Gonzalez waived him home and he slid underneath the tag for an inside-the-park home run.

“Coach brought the idea up before the game and I was like, for sure that would be really cool, super exciting and a lot of fun,” said Chirafisi. “On top of that I get an inside-the-parker which I think this is the first home run I’ve ever had in my life. I was in an 0-2 hole, I think their pitcher shook off the off speed pitch and gave me another fast ball and I wasn’t going to let it go by so I drove it in the right center gap and just started running. Next thing I know I get the wave-around from coach at third and just kept running like crazy and got ready to slide. What a night, this was so cool.”

The dilemma facing Gonzalez after the five-run fourth was that now, unless DC rallied, it appeared the game would end after the top of the fifth on the 10-run mercy rule and Chirafisi still had not played three positions.

Matsoff was another nice story. A senior who does not get much playing time, Gonzalez inserted him into the lineup in that previous five run fourth inning so he could get his first at-bat of the season. Even though he struck out, Matsoff still walked out to the mound to start the fifth inning and recorded the first two outs before giving way to Chirafisi.

“I was hoping to hit something pretty hard when I got up there but unfortunately I didn’t,” said Matsoff. “But I was just grateful to get an AB (at-bat) on Senior Night and then go out there on the mound and throw against a few hitters. I really appreciate coach doing that for me and it felt great to get a nice win.” 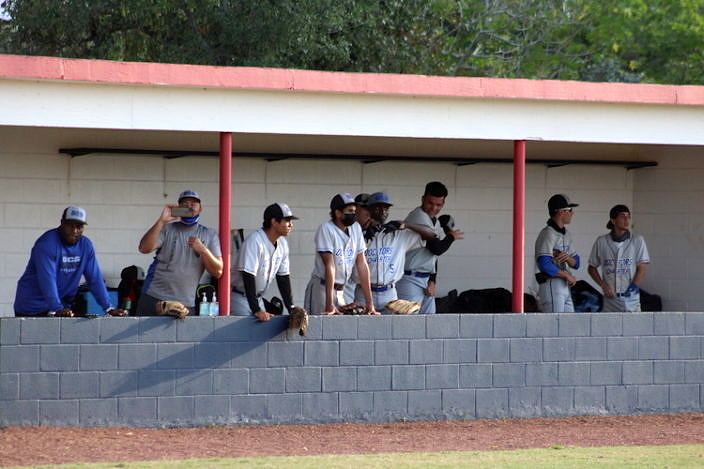 Indeed as the big win moved WA’s record to 9-12 on the season and the Lions are looking to finish the regular season on a high note as they prepare for their district tournament, which they will host, in a few weeks where it could come down to either them or top seeded Sagemont.

“All the credit goes to these kids and to have this kind of night for our seniors we could not have asked for a better scenario,” said Gonzalez. “We’ve had a lot of ups and downs this year because we’ve had a hard schedule, faced some injuries, COVID disruption and what-not so we’re just happy we’re doing a little better now and feel we’re headed in the right direction.”

An upstart program in just its fifth season, it’s been an uphill battle for the Hawks, who had just 10 players in uniform, and manager Paul Calli as they saw their record fall to 7-14. On the plus side, No. 9 hitter Hans Theme managed to go 2-for-2 in his two trips to the plate with Jeffrey Lopez recording the only other hit.

“It’s been tough for sure,” said Calli. “We play a competitive, difficult schedule and we put a lot of expectation on these kids. On top of that we lost leadership on the field after last season and we’ve had trouble filling that void. This is a young program and we’ll have to learn from these type of games and hope that people step up and start taking a leadership role.”