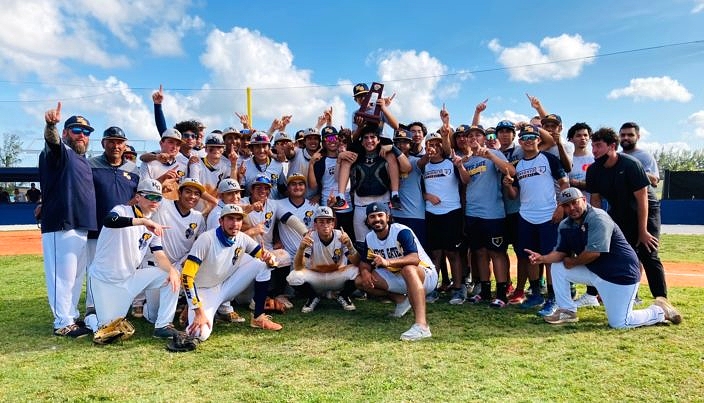 Since first entering district play in the 2014 season, the Knights have been waiting for this moment. Thursday afternoon, Keys Gate made program history with a 2-0 victory over the Coral Shores Hurricanes in the District 3A-16 championship, winning the title for the first time ever. Starter Jorge Leon struck out six in five scoreless innings to earn the win, and Alejandro Calalpa accounted for both runs and also closed out the game on the mound.

Leon allowed just two hits in five full innings to earn his first victory of the season. Alejandro Calalpa then took over nursing a 1-0 lead, and the senior struck out three without allowing any hits over the final two frames to record his second save of the year. He also drove in a run and scored to play a role in both his club’s runs.

Sergio Natera delivered an RBI single that plated Calalpa, and Mikey Malagon was 2-for-2 and also walked to reach base all three plate appearances for the Knights.