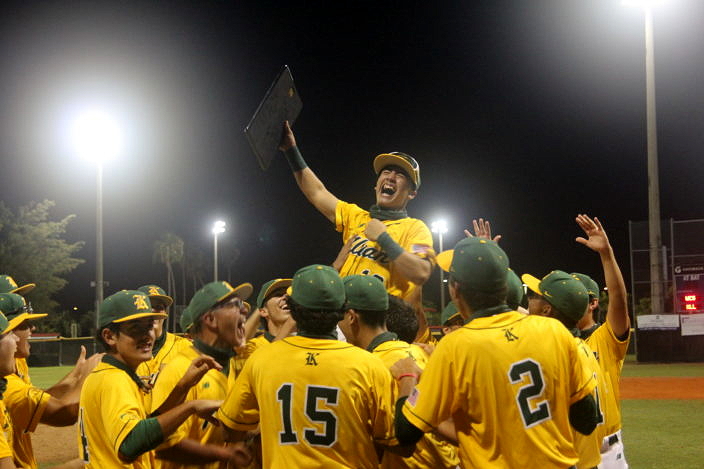 The young Killian Cougars have shown all season that they’re a force to be reckoned with for the next couple years. And on Wednesday they proved it again by defeating the Westminster Christian Warriors 10-8 for the HSBN Hofball March Madness Shootout Championship.

On offense they were led by leadoff man Nikolas Pereira who went 2-for-4 with 3 RBIs, Samuel Fischer who also went 2-for-4 adding 4 RBIs, and at the bottom of the lineup they got 4 hits from catcher Nicholas Rodriguez.

“At the beginning of the season, I didn’t really have a plan at the plate, I would kind of forget my approach walking up to the plate,” said Rodriguez. “But, today I wanted to focus on seeing the ball the whole way through and try to drive pitches over the shortstops head, and it just worked out today.”

Fischer, hit a key bases-clearing double in the bottom of the 2nd inning to open up the flood gates for the Cougars. 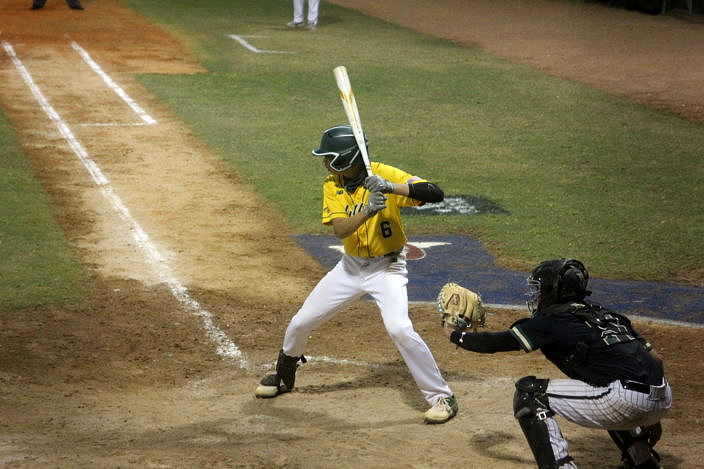 “When I came to hit, the only thing on my mind was to look for a pitch to drive in the gap,” said Fischer. “I tried to stay through the ball and not open up my hips and luckily I was able to shoot the ball in the left field gap to put my team in a good lead.”

Things didn’t start off to good for the Cougars though, as Vanderbilt University commit Sal Stewart Jr. smacked a 3-2 pitch over the left field wall for a lead off home-run giving the Warriors an early 1-0 lead.

In the bottom of the 2nd, the Cougars loaded the bases and eventually Riley Joseph was able to score a run on a passed ball tying the game at 1-1. Later in the inning, Pereira singled to give the Cougars the lead 2-1. Next batter, Fischer hit a 3-run double to the left field gap extending the Cougars lead 5-1.

The Cougars once again in the bottom of the 3rd had runners in scoring position after back-to-back walks and Rodriguez singled on a line drive to left scoring Jason Villalobos from third, adding to the lead 6-1. Two batters later with runners on second and third and two outs, Pereira hit a 2-run double to left scoring Alejandro Sanchez and Rodriguez. Then, Fischer came to hit again with a chance to add to his RBI total and singled up the middle scoring Pereira. Now 9-1 Cougars and it seemed like they were running away with the game to this point. But, the Warriors had other plans. 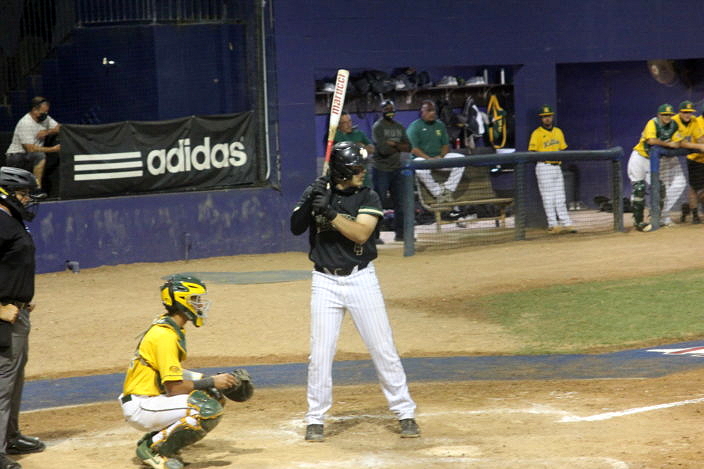 A big top of the 4th inning for the Warriors kept them in the ballgame highlighted by a Christian Bosque RBI single, a Stewart Jr. 2-run triple and a Jaylen Melendez RBI single closing the gap now to 9-5 Cougars.

The Warriors weren’t done though, because in the top of the 5th Hunter Rebhan hit a leadoff single followed by an RBI double from Allan Jorge. After Jorge advanced to third on a passed ball, Bosque hit a sacrifice fly scoring Jorge from third. Then, with two outs after a walk to Stewart Jr., Melendez was able to reach after a misplay in the outfield which allowed Stewart Jr. to score erasing the 8-run deficit down to 9-8 Cougars.

In the bottom of the 6th inning, the Cougars added another insurance run via a Sanchez RBI single scoring Robert Krawczyk making it 10-8.

In the top of the 7th inning, having already pitched an inning, Alexandro Forte retired the side in order crowning the Killian Cougars as champions of the HSBN Spring Break Tournament Classic.

“When we started this season, way back in the fall, we couldn’t do anything because of the pandemic,” said Cougars Manager Hernan Adames. “So what we did is we worked on the fundamentals, the mindset, trust in each other, did a lot of speed, agility, and strength. What this did was create a bond with these kids. You have to realize that they’re mostly sophomores on this team. And for them to come out the way they have in this season and to see it pay off in this tournament right here is something special to see.” 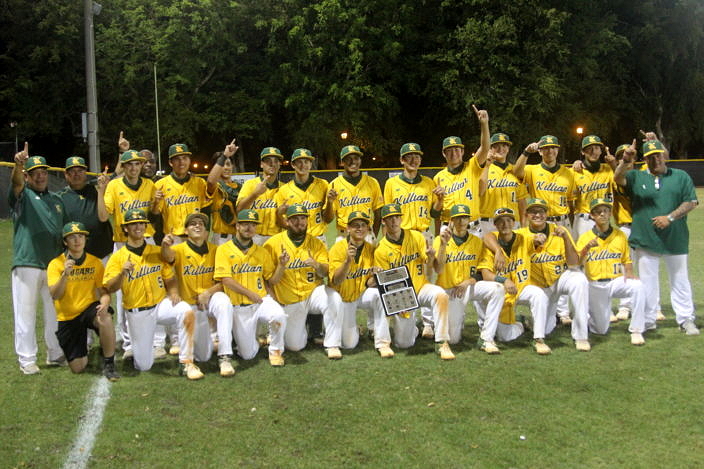 Although it ended in a loss for the Warriors, Manager Emil Castellanos was pleased the way his team fought back down by as much as 8 runs in the game.

“We are warriors, and warriors are guys who don’t stop fighting until the end. There’s no run deferential that is going to stop us from trying to win a ballgame,” said Castellanos. “We’ve been here before and we’ve done it, you know, credit to Killian on the other side, they were able to capitalize on the crucial mistakes we made and were able to come away with the victory.”