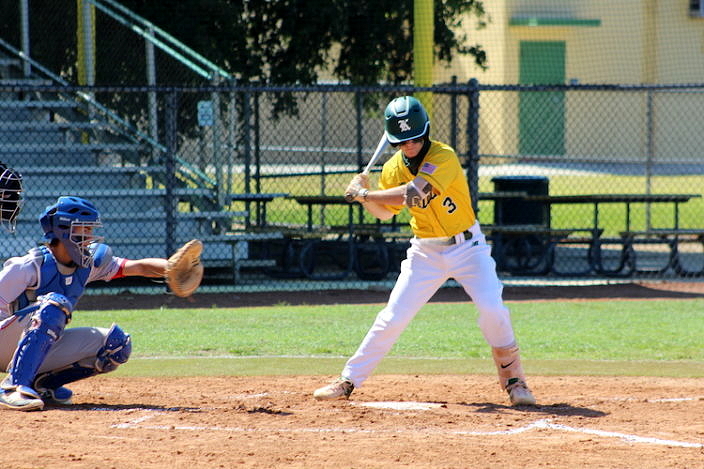 Two traditional baseball-rich powers squared off on Tuesday afternoon and delivered the kind of quality high school baseball game one would expect from two good teams.

And when it was over, it was the Killian Cougars, with pitcher Alan Valverde turning in a gem on the mound, rallying with three runs in the last of the sixth to top Hialeah 3-1 at Killian High School.

The win moved the Cougars, ranked No. 4 in HSBN’s Miami-Dade County Power Rankings, to 16-3-1 on the season while Hialeah, ranked No. 14 in Miami-Dade starting the week, fell to 11-10.

Valverde, whose older brother Alex pitches in the minor leagues for the Tampa Bay Rays organization, looked like he could pitch for the Rays with the outing he turned in on Tuesday as he basically held a normally big Hialeah offensive lineup in check for most of the game.

He wound up pitching a complete game five hitter while striking out eight and walking just one batter.

“My fast ball was really working on the lower half of the plate and I liked how the blue (umpire) had a low strike zone so I took advantage of that all day,” said Valverde. “The curve ball was working as well so it was a matter of letting them hit the ball, put it in play and let my defense do the work.”

About the only thing Valverde did wrong all game was give up a two-out infield single to Pedro Acosta in the third inning and, after Acosta stole second, yielded an RBI base hit to right by Herick Hernandez that put him and his team in a 1-0 hole. 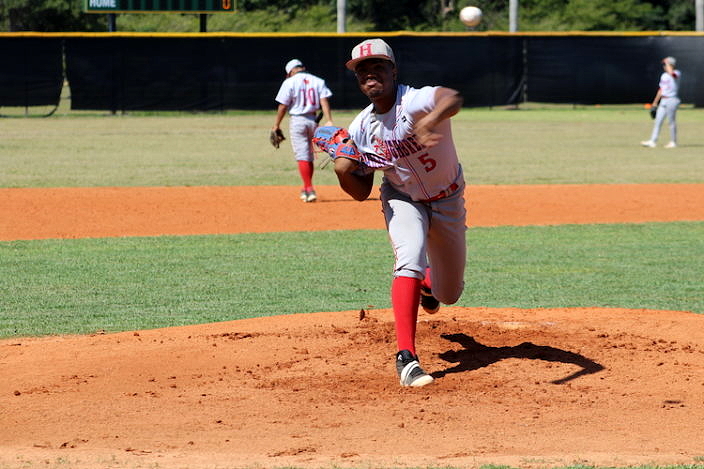 Thanks to a near equally great pitching performance on the Hialeah side, a combined effort by starter and FIU commit Ervis Solis and Florida State commit David Davila who entered in the third, the slim one run lead nearly held up.

“It was a little frustrating trailing by that one run all game but I knew if I could just keep us in it, I had faith that our bats would come through and we would get the runs we needed,” said Valverde. “That’s exactly what happened.”

It happened thanks to senior captain Riley Joseph who did exactly what senior captains are supposed to do in key moments when he stroked a clutch, two-out, bases loaded single to right scoring both George Lopez and Nikolas Pereira to snap a 1-1 tie which proved to be the difference.

“It was a big moment in the game so I knew I needed to come through and capitalize on the moment,” said Joseph, a left handed hitter and one of just three seniors on an otherwise young Killian team. “Throughout the game I had been getting a lot of curve balls so I was trying to sit on that but then I saw a fast ball coming so I just stepped out and jumped on it and stroked it to right.”

If it hadn’t been for a huge two-out error by the T-Breds, Joseph would’ve never even seen the plate in the sixth inning.

With runners on first and second and two outs, Davila was one strike away from taking that 1-0 lead to the seventh when Pereira hit a high chopper over his head between him and shortstop Alexis Rodriguez.

Charging in, Rodriguez made a great play on the ball, bare-handing it and firing to first but the throw went high over first baseman Lazaro Hernandez’s head allowing Max Orbeth to score from second tying the game.

“This team has been playing baseball like this all season long,” said Killian manager Hernan Adames. “They go after every game with the same intensity. Today they knew they were going up against a very good team with a very good pitching staff and knew it was going to be a close game. We have a lot of young guys in the lineup and at times they press a little bit. But in the end, they do the things correctly that allow us to come out on top.” 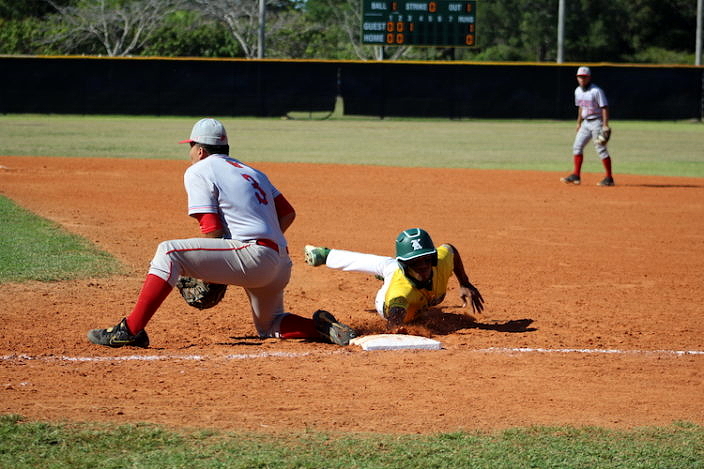 Killian’s Riley Joseph slides back safe in to first on a pickoff attempt.

Asked about his star pitcher on this day, Adames could not gush enough.

“I’ve know Alan since he was five years old,” said Adames. “His brother Alex is a heck of a baseball pitcher for the Rays right now and he takes right after his brother. He has developed so well over the last few years and been an absolute bulldog for us. He has ice in his veins. He’ll win us 1-0 games for us and keep us in one run games and allow us a chance to win in the end which he did out there today.”

Solis, Hialeah’s ace came out after just two innings because Hialeah manager Juan Garcia wanted to keep him under pitch count of 55 so he will have him available for the T-Breds big matchup on Friday when they travel to Columbus.

But they lost nothing with Davila who entered to start the third and, while he had to work his way out of a couple of jams, came up with key strike outs at big moments (he struck out eight Cougar batters in four innings) to keep Killian off the board before the Cougars scored the three unearned runs.

“They’re (Killian) a good team, we knew that coming in here,” said Garcia. “Not just their good record but they’re a well-coached disciplined ball club and there’s no shame in losing to a team like that today although it’s disappointing because we played well enough to win, especially with our two pitchers throwing as well as they did. We made a few errors early that didn’t cost us but then me made one big one late that did. Our defense has struggled for the last seven or eight games so we’re going to need to get that cleaned up.”