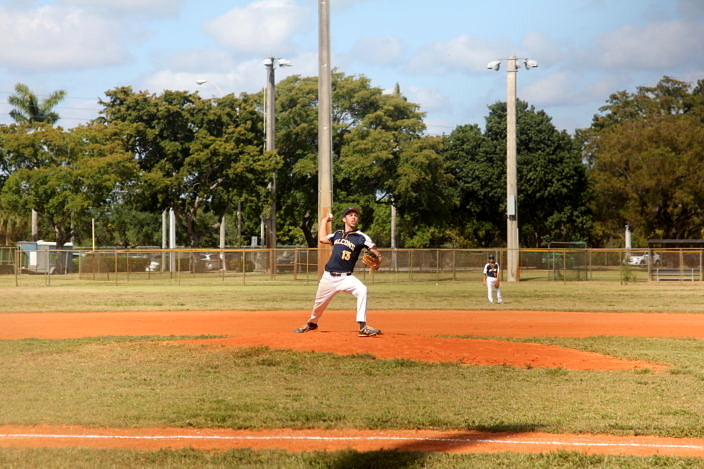 Palmer Trinity and Doctors Charter battled it out for seven innings on Friday afternoon, but the win eventually went to the Falcons. On the mound for the Falcons was senior ace Jeremy Shodell, who went six innings, allowing five hits with six strikeouts.

“It was always feels great to come out on top at the end,” said Shodell. “I came in with the mindset to try and pound the strike zone and make good pitches to get outs. Luckily enough I was able to do that this afternoon.”

For the Hawks, was eighth grade pitcher Austin Simmons, who also pitched well enough to keep his team in the game when he was on the mound. He went four innings, allowing four earned runs and six strikeouts.

The game started off well for the Falcons, as Andrés Williams walked to start the game and later came around to via a wild pitch to score the games first run. Then, in the top of the 2nd the Falcons came back to score again on another wild pitch. Later in the inning, Williams reached base from an error in the outfield scoring the second run of the inning taking a 3-0 lead.

The Hawks came back in the bottom of the 2nd and were able to put together a rally after a couple errors. Catcher, Bronson Fra hit a 2-run single to close the gap to 3-2. Two batters later, Hans Theme was able to score on an error tying the game at 3-3.

In the bottom of the 3rd, after a single by Franco Lamanna and Jeffrey López reached base on an error, Hedevam Solano singled to right field giving the Hawks a 4-3 lead.

Two walks started the top of the 4th for the Falcons, then Williams came to hit again in a big spot and delivered by doubling to the left field gap tying it up at 4-4. Next batter, Jake Pearcy singled to the right side giving the Falcons the lead again 5-4. 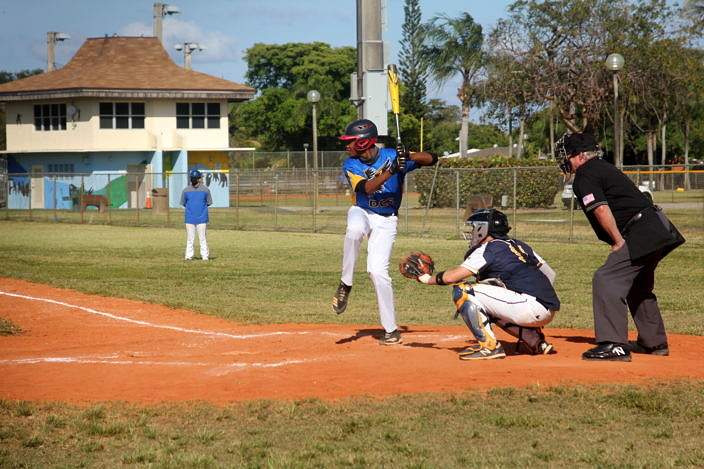 In the top of the 5th, Ryan Gómez led off the inning by doubling to center field. Then, Christian Lopez was able to reach on an infield error. Sam Burnitz came to hit and promptly singled to right field scoring Gomez from third. 6-4 lead now.

So headed into the bottom of the 7th, the Hawks were down 9-4 but were able to put together a rally following a lead off double by Simmons, John Bianchi singled to left field scoring Simmons. Then, Lammana grounded out scoring Bianchi trimming the lead to 9-6. Unfortunately, it was too little too late for the Hawks as they were defeated by the Falcons.

“We made five errors on defense and I think that was the difference maker for us,” said Hawks Manager Paul Calli. “We have to learn how to play seven innings of good baseball. I feel like we drifted a bit in some moments of the game which allowed them to get back the lead.”

The key for the Falcons win was setting the tone early in the lineup. And Andrés Williams did just that at the lead off spot going 2-4 with an RBI double and 3 runs scored.

“The previous game against Marathon, I felt myself getting under a lot of balls, so today I worked on keeping the bat through the zone and getting on top of the ball,” said Williams. “It feels great to come out here and get a W after back to back road games.” 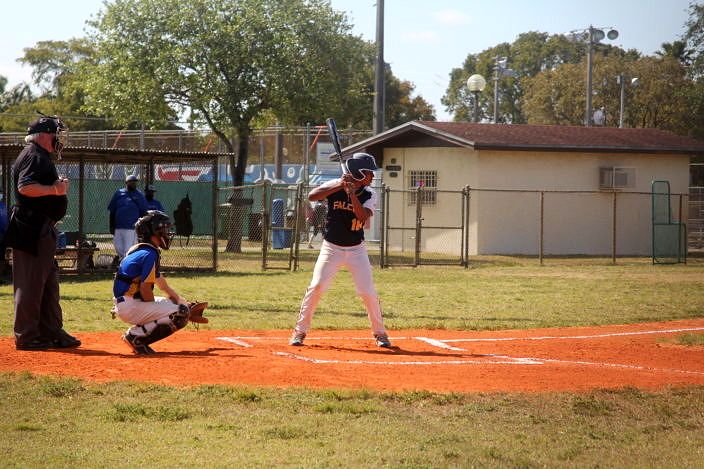 Manager Donnie Harvey was frustrated with his players miscues on defense but overall was pleased with the relentlessness of the team and their ability to get a win.

“Anytime you can come away with a win it feels good,” said Harvey. “It gets us back to a winning record and it’s a win that these kids needed. I thought our starting pitcher deserved a win and Im just happy that was the end result.”