Belen Cruises To 12-2 Win Over Killian; Capturing 5A-16 Title

Written by Giovanni Garcia-Morffi on May 1st, 2021 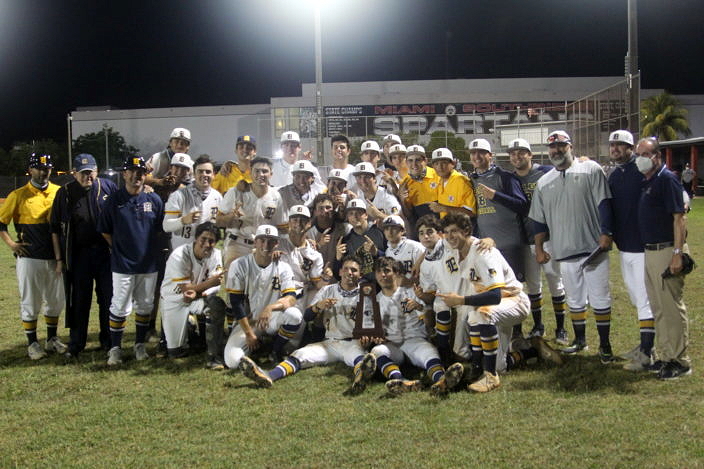 To begin the night for both teams, the question of who was going to capture the 5A-16 title wasn’t even a thought as there was a lightning delay to begin the ballgame. Finally things got underway about 45 minutes after the scheduled first pitch.

A tight ballgame to start out, ended in a 12-2 victory for the Wolverines, who were crowned as champions of 5A-16.

The Wolverines went with one of their aces on the mound being Andrés Bello, who went six innings, allowing five hits, one earned run, no walks and three strikeouts.

“We beat these guys in the regular season and we just wanted to give it to them again, especially them having a really good record,” said Bello. “Winning a district title is amazing but we’re not done yet. We still have five more wins to go.”

In the bottom of first inning, the Wolverines jumped on the board quickly after University of Miami commit Dorian Gonzalez hit a towering two-run home run over the right field wall giving them a 2-0 lead. 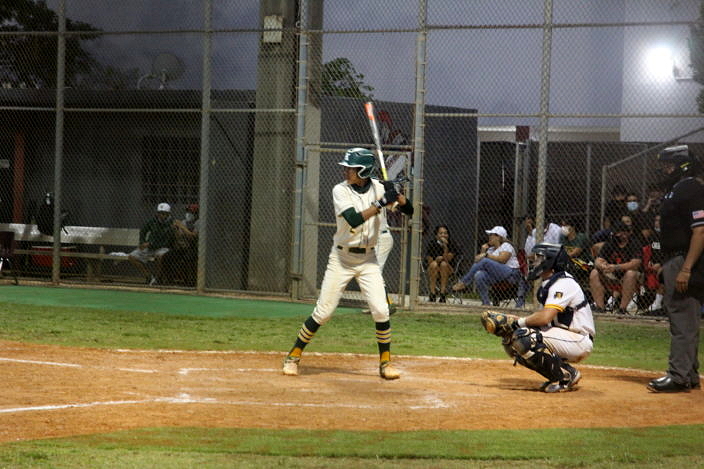 “I was sitting fastball after that 1-0 pitch,” said Gonzalez. “I knew he was gonna come with the heater and I just waited for hit and got some barrel on it and was able to hit it pretty far.”

The game remained the same score until the top of the third when the Cougars added a run after Jason Villalobos hit an RBI single just passed the second baseman Adrian Carbajales.

The Cougars put up another run in the top of the fourth when Nicolas Pereira singled driving in Maximus Oberta.

“We had a very very tough schedule in the regular season, but this was all in preparation for having the best baseball team we can put on the field,” said Wolverines manager Jerry Albert. “We’re starting to look very good with the lineup top to bottom and our pitching staff has been able to hold it down the last couple of outings. I’m very happy with how things are shaping up here.” 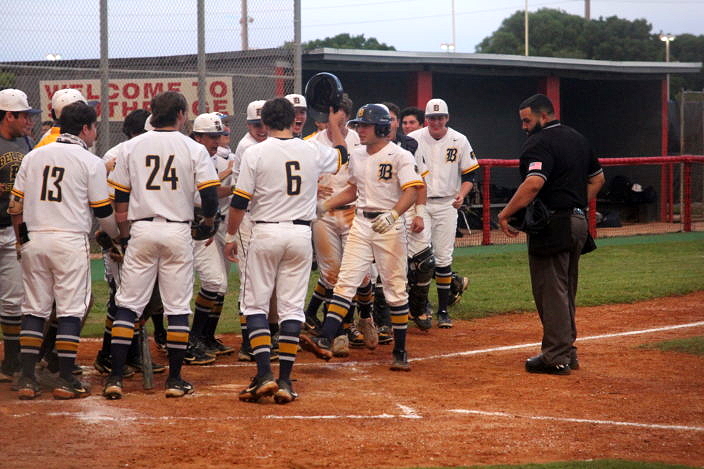 Despite the loss for the Cougars, they’ve still clinched a spot in the Regional Semi-Finals and manager Hernan Adames mentioned that his team needs to go back to the drawing board Monday at practice.

“It was a tough loss today for us, this Belen team is a very experienced team, being that they have a lot of seniors on their team and we’re young but that doesn’t exclude us from committing mistakes out on the field,” said Adames. “Today we hit the ball hard, unfortunately it wasn’t with runners in scoring position.”