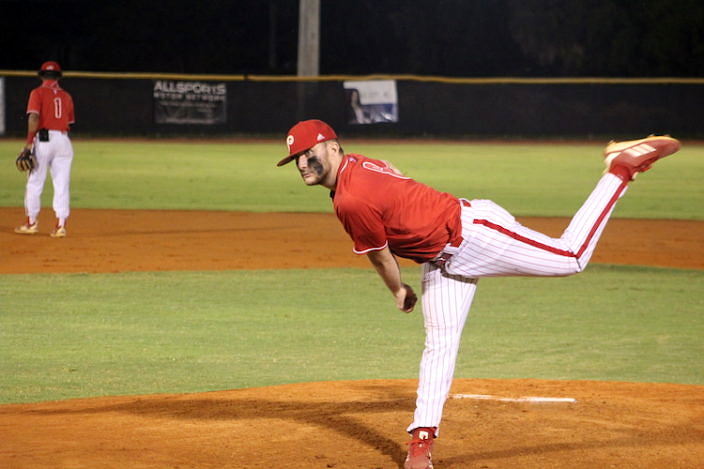 Down to their last out, the Panthers of Coral Springs Charter needed a miracle late Thursday night. And they got one in the form of catcher Leo Beltran.

With Monsignor Pace pitcher Luke Rier having spent the entire game protecting a 1-0 lead and one out away from pitching a no-hitter, Beltran took the first pitch Rier offered, an inside fast ball, and launched it deep into the night high over the left field fence for a solo home run to stun Rier and the Spartans and send the game to extra innings.

A little more than 90 minutes later and the game now in the 10th inning, Haiden Walters lined a shot just barely over the outstretched glove of Pace shortstop Jeter Polledo into left center to score Damian Rodriguez from second.

And just like that, Coral Springs Charter, making its first regional playoff appearance in eight years, had itself an unforgettable 2-1, 10-inning win in a Region 4-3A quarterfinal at Pace High School.

The Panthers, despite being a district runner-up, will now host their regional semifinal at Cypress Park in Coral Springs next Tuesday, May 11 at 7 p.m. That’s because the runner-up in the opposite bracket, Hialeah Educational Academy (HEA), pulled off a major shocker earlier in the day stunning one of South Florida’s top teams all season, Calvary Christian.

Thanks to a lightning delay, the game started 2 hours and 20 minutes late and did not until until Friday morning at 12:45 a.m. but if any Charter players were tired due to the late night/early morning finish, one would’ve never known it. That’s because they celebrated wildly when reliever Robert Boing retired the side in order in the last of the 10th and water coolers went flying everywhere.

“What a game tonight and what a moment for this program,” said Coral Springs Charter manager Charlie Fine. “It shows the fight our kids have. They never gave up right down to the last out and if you’ve got fight like that in high school baseball, I’m telling you that you can compete with anybody. To walk in here and beat a Pace team that we have nothing but respect for with all of these championship banners is really something. I love these kids and this coaching staff and couldn’t do anything I do without this staff I have behind me.” 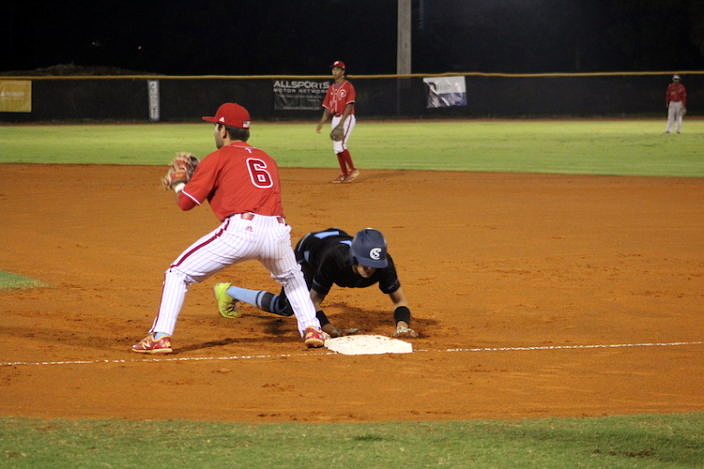 Fine watched his starting pitcher A.J. Pendergrast nearly match Rier as he was equally brilliant. Pendergrast gave up just two hits and struck out nine Spartan batters during his seven innings of work before giving way to Boing.

The only run Pendergrast gave up came in the second inning when he issued a one-out walk to Polledo who then stole second and third and came home on a Dylan Cejas sacrifice fly to center.

It appeared that would be enough for Rier who was masterful all night and entered the seventh having struck out nine batters and allowed just three baserunners via walks.

When he struck out Jeovanni Hernandez for his 10th K to open the seventh and got Derek Kreigler to ground out to third, he was one out away from his no-no when Beltran walked up and changed everything.

“I kind of just….I came up with a clear head and I said if it’s there I’m going to put a good swing on it,” said Beltran. “He left his first pitch inside and up, I caught barrel and it just went out. I thought it might get out when I hit it but didn’t want to get caught celebrating too early so I just took off sprinting because I wanted to make sure I got to second in case it didn’t get out.”

After Rodriguez reached on a one-out fielders choice in the 10th, he advanced down to second on a wild pitch by reliever John Caballero. That turned out to be huge as it put him in scoring position and he then rounded third and sped home on Walters’ hit.

“I had 1-1 count and was just trying to get something I could handle,” said Walters. I did and got the barrel around and just barely got it over the shortstop. It feels great because I had been in a slump coming in to tonight so to come up with a big hit at that time just feels amazing.”

The one that might give Pace manager Tom Duffin and his players nightmares might be the missed opportunity they failed to cash in on in the eighth. 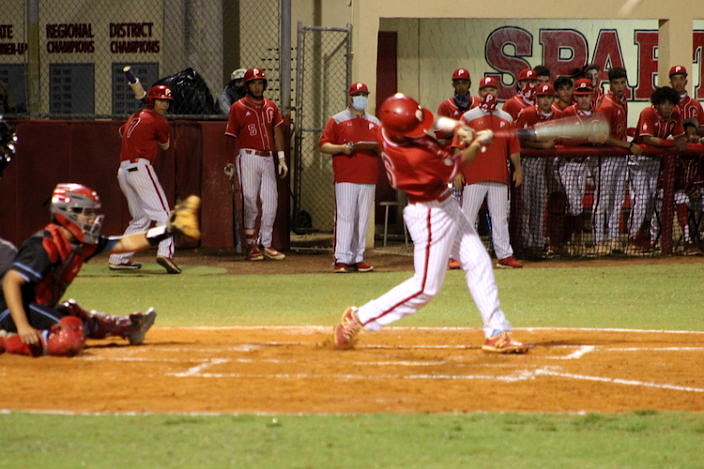 After Emilio Portes reached on a throwing error at third base to lead off the inning and Matthew Mesa walked, A.J. Barrios bunted into a force out at third for the first out. But when Boing then walked Adrian Dominguez, he was in a bases loaded, one out jam.

With the infield drawn in, Angelo Prieto then hit a high chopper over the third baseman’s head that would’ve ended the game. But the ball was foul by less than a foot. One pitch later, Boing struck him out and then sent things to the ninth by striking out Polledo.

“It just came down to who finally broke and unfortunately that was us,” said Duffin whose team finished the season 14-9-1. “Luke (Rier) was just great out there. One out away from a no-hitter and the one time, the only time he missed a spot all night and the kid made him pay for it. A real shame but that’s how baseball goes sometimes. You feel bad for your seniors who don’t get anymore chances but hats off to Charter, they kept fighting and fighting, got the big outs when they needed them and got the big hits when they needed them.”