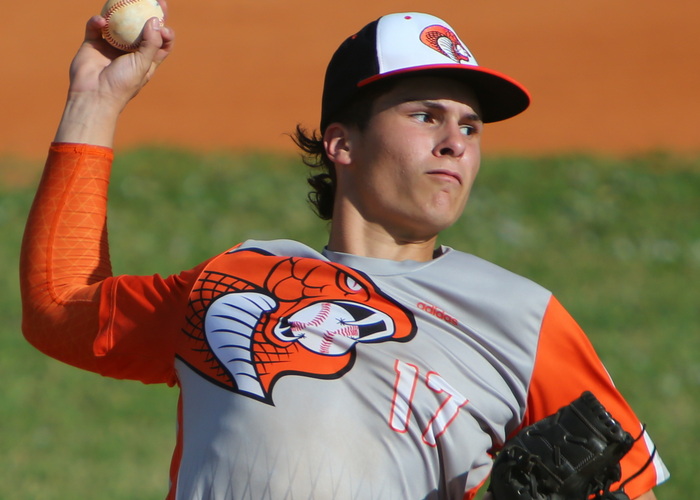 Ismael Bencosme nearly won it for Coral Park in the bottom of the seventh, but his line drive to the outfield with one out and the bases loaded, was caught.

“I hit it pretty good,” Bencosme said. “I was looking slider away. I was looking for everything away. He threw me a fastball right down the middle. I connected but unfortunately it got caught.”

Bencosme delivered two of the Rams’ six hits, stole three bases, and scored their only run after leading off the second inning with a single. He stole second, moved to third on a ground out, and then scored on an error. Bencosme reached base in three of four trips to the plate.

Alejandro Villar tied it for South Miami in the seventh. After a lead-off double, he advanced to third on a wild pitch and scored on a sacrifice fly from Carlos Carrera.

“I was doing my job for the team,” said Villar, who added that he was just looking for a strike. “Anything down the middle.” 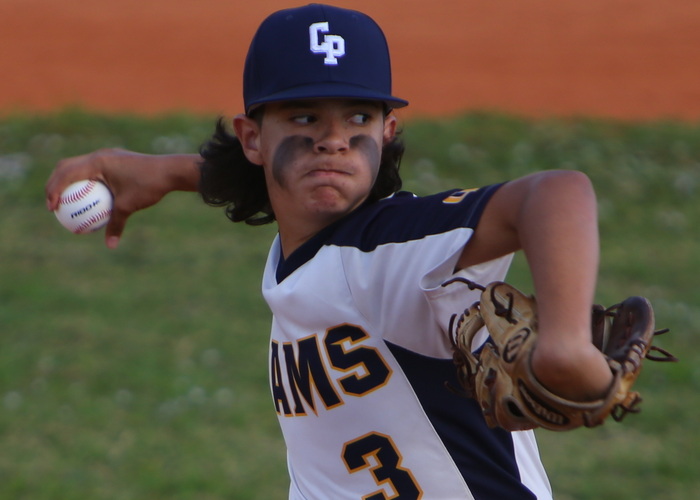 Unfortunately, producing runs has been a reoccurring theme in the early going for the Rams. 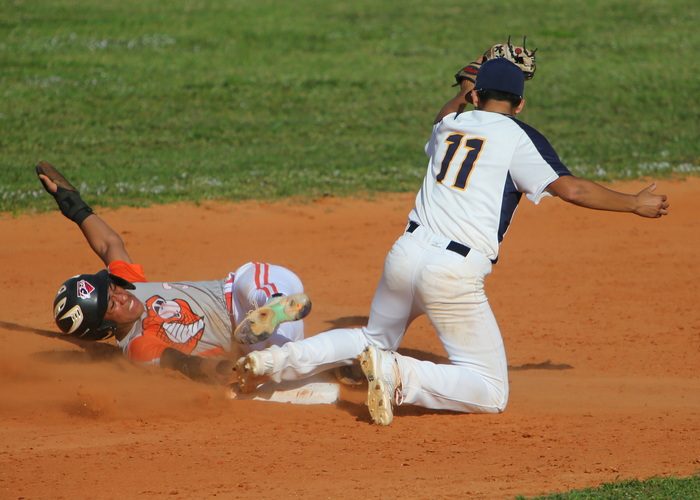 The game was full of close plays like this one, reflecting the final score of 1-1. Photo by Glenn Sattell

“We’ve been in a rut including the last two preseason games, leaving runners on base,” Pineda said. “We’ve got to get out of it. But I’m happy with the way they’ve been playing. They played their hearts out. I can’t ask for much more than that.”

Gonzalez kept the Cobras in the game with five strong innings of work. He gave up only three hits and worked around six walks with four strikeouts.

“I’m proud of the kids the way they came back and then competed at the end just to shut it down and finish tied,” South Miami manager Howard Cuervo said.