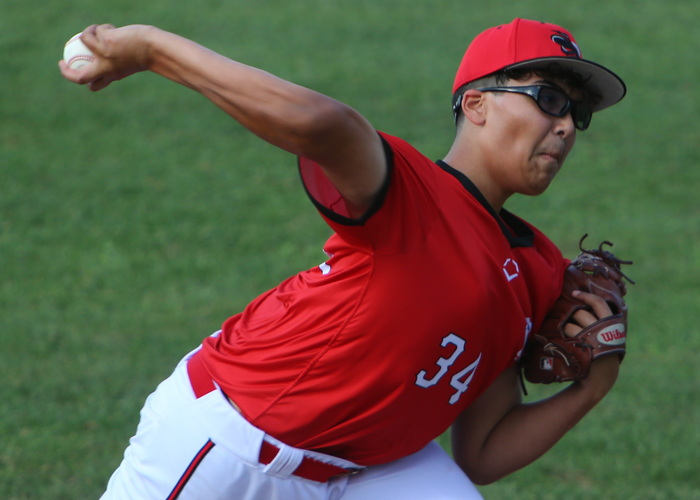 Coral Gables freshman starting and winning pitcher Miguel Castellanos fires a fastball in the early innings of a 4-2 win over Somerset Academy on Monday in the Addidas Diamond Classic at Florida Christian. It was the season opener for both schools. Photo by Glenn Sattell

Jose Modrano doubled, singled and drove in three runs to stake Coral Gables to an early 3-0 lead and the Cavaliers had to hang on late to hold off Somerset Academy Charter, 4-2, Monday afternoon in the season opener for both schools. It was also both teams’ first game in the Adidas Diamond Classic, which runs all week at Florida Christian.

There the 7A District 16 Cavaliers take on Coral Shores at 8 p.m. Wednesday after the 3A District 16 Stallions meet up with Hialeah Educational at 2 p.m. that day.

On Monday, it was Modrano at the plate and 6-3, 230-pound freshman starting pitcher Miguel Castellanos on the mound that led the way for Coral Gables.

“I stayed patient at the plate and was looking for that one (good) pitch to hit,” said Modrano.

Modrano laced a two-run double to score Sebastian Hernandez and Idaiel Diago, who both walked, and the Cavaliers were off and running to a 2-0 lead in the first inning.

But Somerset starting pitcher Gavin Davidson, who finished with 10 strikeouts, settled down and didn’t allow another run until Modrano bounced a clutch two-out single in the fifth inning to score Hernandez, who opened the inning with a triple, extending the Cavaliers’ lead to 3-0.

Hernandez also played a key role in the Cavaliers’ offense, collecting two hits and two stolen bases. He reached base three times and scored on each occasion. 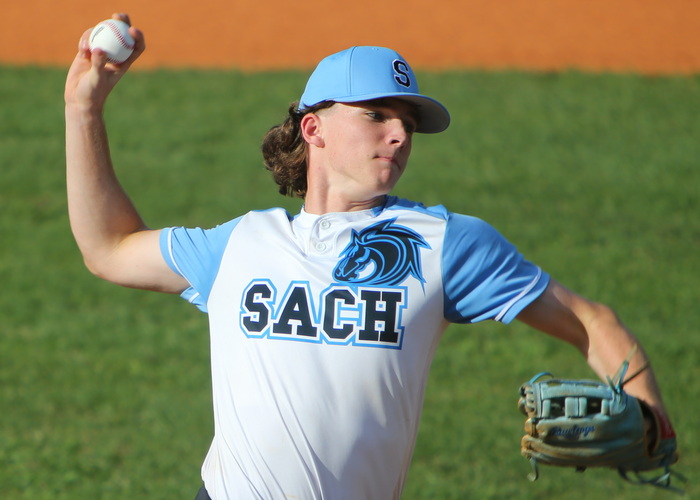 Staked to a comfortable lead, Castellanos threw 4 2/3 innings of shutout ball, allowing just three hits while striking out three. But it was the five walks that he took away from Opening Day.

“I’ll be working on my control,” said Castellanos, who took the mound with a simple approach. “Throw hard and try to throw strikes,” he said.

The Cavaliers added an insurance marker in the top of the seventh, for a 4-0 advantage, and ended up needing every run. That’s because the Stallions scored twice in their final at-bat, on five walks, and left the bases loaded.

“A little sloppy but it’s the first game,” said Coral Gables manager Ernie Padron. “We got a win and that’s always good.” 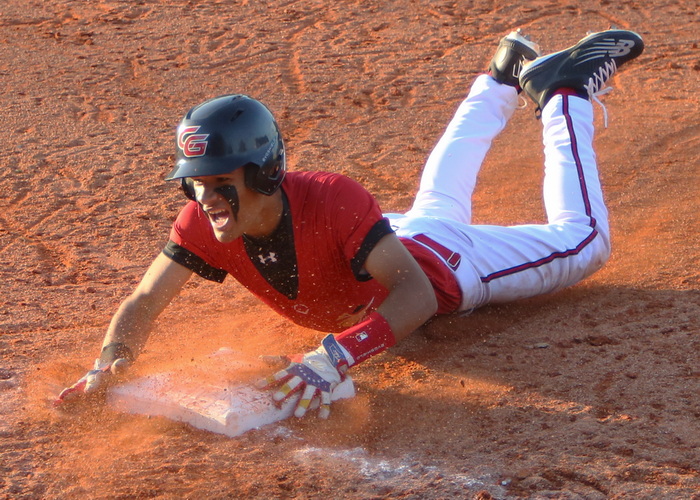 He employed three freshmen pitchers in the game, including Jordan Ricardo, who recorded a strikeout to end the game.

“I’m just proud of my boys, we hung in there and fought and had a shot there at the end,” said Somerset Manager Peter Cerda. “We’ve got a lot we’ve got to work on but my guys are young and they can play.”

Somerset appeared to be poised to answer the Cavaliers’ two-run first inning when Ryan Rodgriguez started the home half of the inning with a double. But it turned out to be the Stallions’ only extra-base hit of the game and Rodriguez was stranded.

Davidson and Brandon Fernandez each singled for two of Somerset’s five hits. Both drew bases-loaded walks in the seventh inning to plate Cole Cutrer and Giancarlo Santos before Ricardo shut the door for Coral Gables.