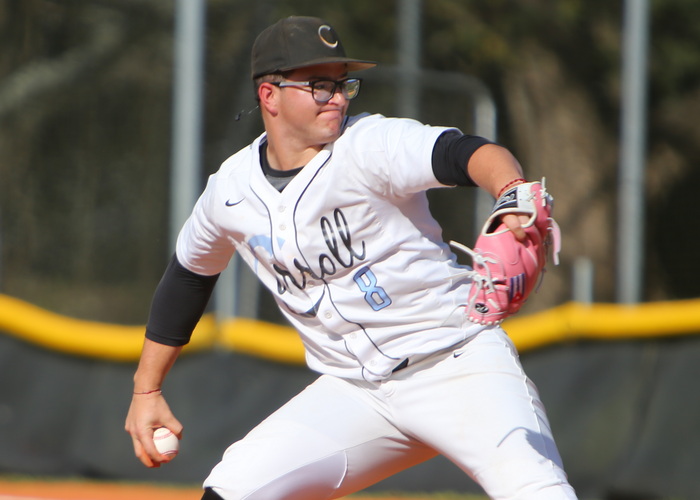 Hitting was never a concern coming into the 2022 season for Archbishop Carroll manager Servio Borges. He knows his team will hit. Top to bottom, it’s a lineup full of aggressive free swingers. It’s pitching that was the big question mark.

On Thursday, Bulldogs second baseman Anthony Capote took the mound against a visiting Killian squad fresh from a convincing win over South Miami the day before. Capote eased some of the fears with a sparkling performance in the team’s 2022 home opener. The senior right-hander went six strong innings, striking out six while allowing just four hits and a run in a 7-1 win over the Cougars.

“We don’t have pitchers really, we have position players that we use as pitchers,” Borges said after the convincing win. “That’s the difference this year.”

Capote said he took the hill with a positive attitude and it paid off.

“Get ahead of the count and just trusting myself and my team,” said Capote, who got air tight defense from his infield.

He was staked to a 6-0 lead and rode that cushion to an easy win, helping his own cause at the plate with three walks and a run scored. 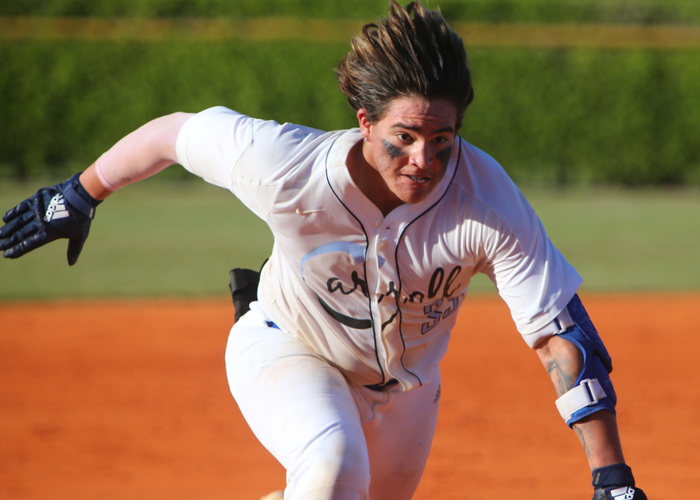 Archbishop Carroll catcher Eduardo Perez went 4-for-4 at the plate with a homer and three RBIs. Photo by Glenn Sattell

Perez went 4-for-4 with three RBI to lead the 12-hit attack. In all, seven different Bulldogs delivered hits, including three more from Astudillo, who also scored twice.

“I came to the mindset of today just trying to work on the middle,” Perez said. “I was seeing the ball pretty good and just let it rip.”

His no-doubter was a line drive that easily cleared the fence.

Michael Figueroa doubled and scored one of two Bulldogs’ runs in the fourth inning for a 6-0 lead, and Alex Hoyos singled and scored an insurance marker in the sixth. 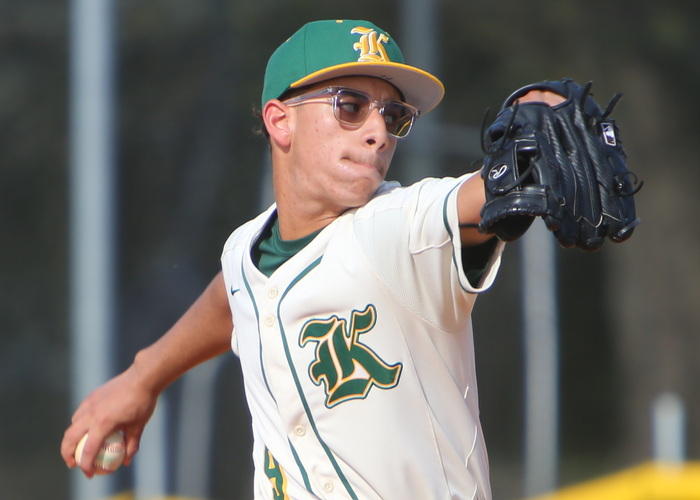 Killian starting pitcher Paul Gutierrez delivers a pitch in the early innings of the Cougars’ game at Archbishop Carroll on Thursday afternoon. Photo by Glenn Sattell

Killian was out of gas from the start, playing in back-to-back days. The Cougars managed a lone run in the fifth inning on an RBI-single by Alexandro Forte, scoring Andrew Prieto, who had one of Killian’s five hits.

“We got hit in the mouth,” said Killian manager Hernan Adames. “We were flat (coming off the 7-3 win over South Miami yesterday). “We’ve got to be able to regroup tomorrow. It’s a long season. It’s good to get hit like this so we start creating the character of this ballclub from the get-go.”