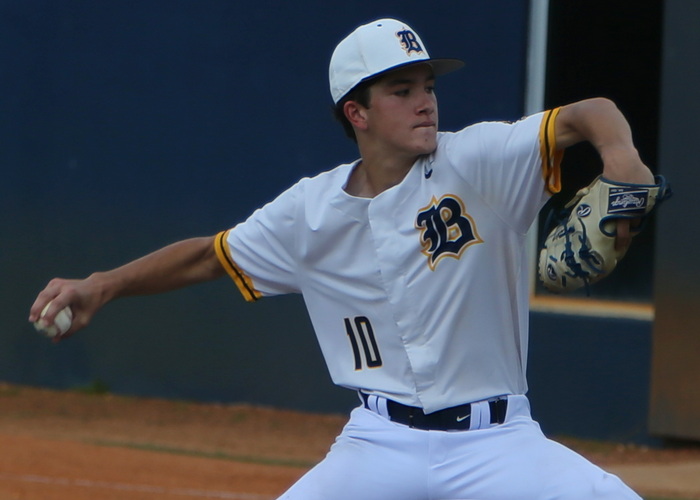 Fernandez struck out six and did not walk a batter in mowing down the Lions. He did not allow a runner past first base while facing only two over the minimum. After LaSalle’s Luis Penate singled to open the game, the next 17 Lions batters were retired in succession.

Fernandez pounded the strike zone from beginning to end and kept Lions’ hitter off balance with an array of pitches. His curveball was particularly biting.

“I was really happy with the curveball,” Fernandez said. “Curveball was really good today.”

Because he coupled that with a sneaky fastball, Fernandez barely broke a sweat in the afternoon heat and humidity.

“I felt good in the beginning, to be honest I don’t feel like I pitched seven innings,” Fernandez said. “I felt like I pitched three. It felt pretty easy.”

Teammate Nick Alonso continued on his current torrid pace at the plate since tweaking his stance. Alonso delivered two of the Wolverines’ eight hits, including an RBI double in the fifth inning, scoring Raul Aspuru, who drove in a run of his own an inning later, taking one for the team, when with the bases loaded, he was hit by a pitch. 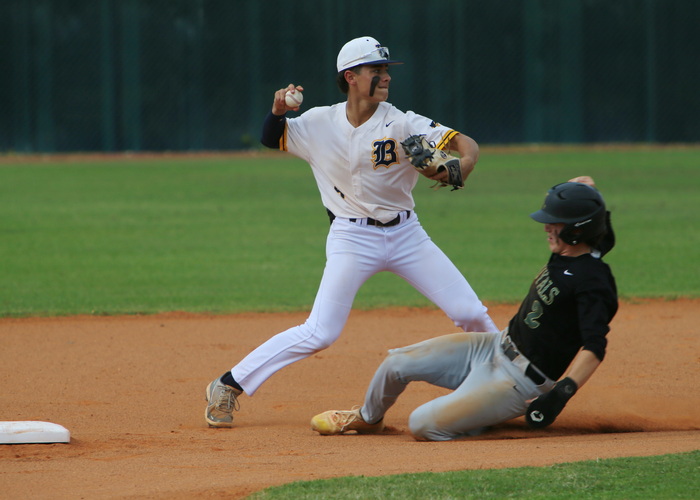 Belen Jesuit turns a doubleplay to end the game on Thursday. Photo by Glenn Sattell

“I just felt locked in at the plate,” Alonso said. “I’ve just been feeling really good, just seeing the pitches well and getting some knocks.”

Yes, a lot of them. He went 4-for-4 on Saturday and 2-for-4 on Tuesday since making the adjustment.

“Early on in the year I was hitting pretty good but I went on a little stint where something wasn’t going right,” Alonso said. “So, I opened up my shoulder a little bit so I could get a little more of a clear shot at the pitcher. Since then, I’ve just been raking.”

The Wolverines jumped out to a 2-0 lead in the second inning on a clutch two-run single by Mike Cruz. His key hit chased home both Chris Bayo (single) and Ernie Echevarria (walk), who were moved into scoring position on a perfectly placed bunt by Jose Fernandez. 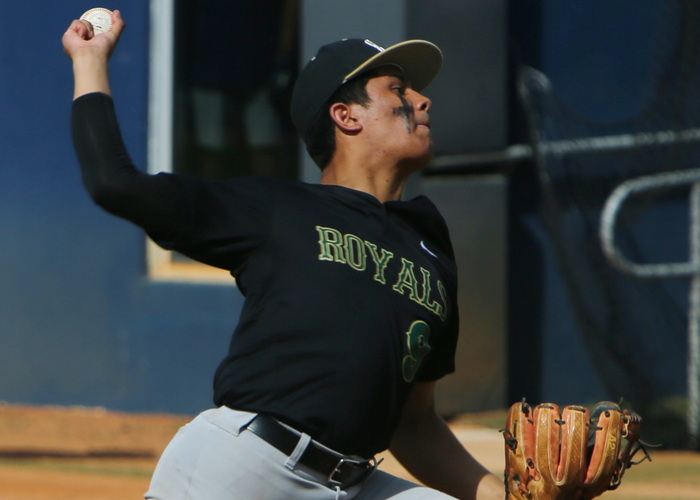 It was all the fast-working Frank Fernandez would need en route to his pitching gem.

Alain Alonso had the only other LaSalle hit, a lead-off single to open the fifth inning.

“If we could have had more consistent at-bats throughout I think we could have worn (Fernandez) down a little bit more,” said LaSalle Royal Lions manager Nathan Gomez. “But it was just happening in spots. (Fernandez) had some quick innings out there. He had two innings of less than 10 pitches. It’s tough to beat a pitcher, as a lineup, when that’s happening.”

Belen Jesuit improved to 6-4 while LaSalle fell to 5-4.