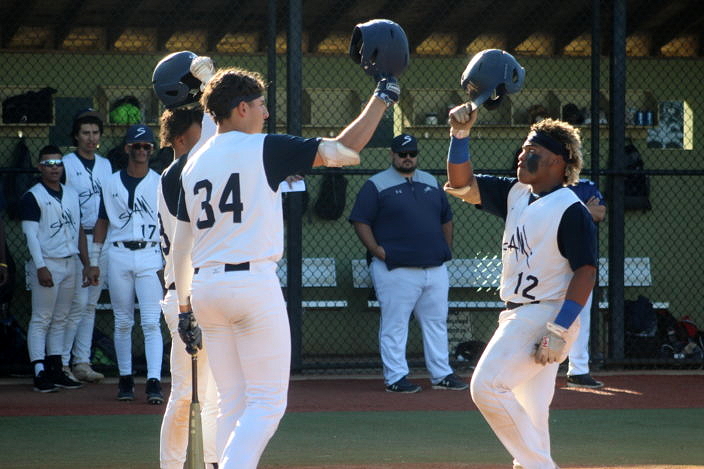 Their bats must have been dancing in the dugout before the game.

And when they finally got up to the plate, the SLAM Academy Titans unleashed an impressive offensive onslaught on Tuesday evening.

When the dust had cleared, SLAM batters lashed out a total of 14 hits including three home runs (one of them a grand slam), three triples and two doubles in a big 19-4 victory over upstart True North Academy at Gibson Park in Downtown Miami.

The game ended on the four inning, 15-run mercy rule when SLAM, leading only 9-4 in the middle of the fourth, then sent 14 batters to the plate in the last of the fourth plating 10 runs, ending the game on a Jonny Quintana RBI single, the 14th and final hit.

The win raised SLAM’s record to an impressive 9-2 and on the horizon is another big contest on Thursday against Braddock.

“It’s something that we work on a lot. We pride ourselves offensively and it’s something we work on a lot,” said SLAM manager Eric Florin. “Today we got plenty of offensive punch and took care of our business out there. Our approach, no matter the opponent, is we try to carry that and work on it game by game.” 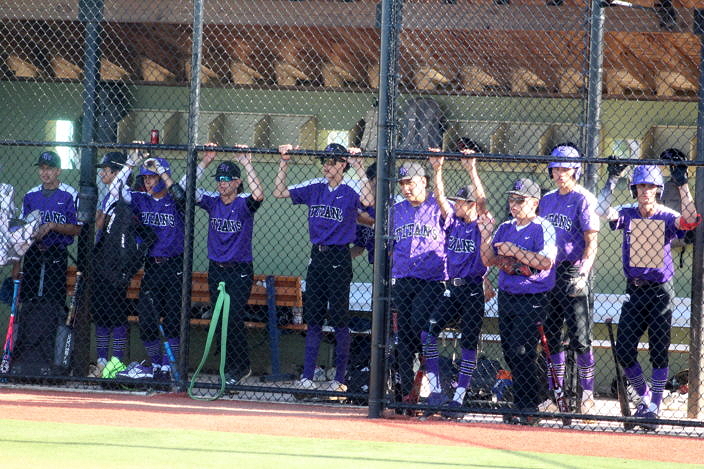 Florin actually watched as his team fell behind when True North scored twice in the top of first inning thanks to a walk, base hit from Alan Rodriguez, a throwing error at third base and an RBI sac fly from Robert Alvarez.

When True North starter Josh Perez got the first two batters he faced to start the game including a strikeout of University of Miami commit Fabio Peralta, it looked like they would take their two run lead to the second.

But SLAM then put together the ultimate two-out rally as the Titans sent the next eight batters to the plate and wound up scoring seven runs to lead 7-2 after one.

Catcher Neisser Sanchez got things started with an enormous solo homer to right center which was followed by two more hits, three hit batsmen and an error at third base. Peralta, the leadoff hitter wound up getting back up at the plate with the bases loaded and unloaded a shot to the right center field fence to clear the bases. He kept going around third to try and stretch it into an inside-the-park home run but got cut down at the plate to end the inning.

With Sanchez on third following a triple, designated hitter Enrique Alvarez came up in the second inning and hit a tape measure bomb over the center field fence to make it 9-2. Alvarez would double in the fourth inning to finish his day 3-for-3 with 2 RBIs and three runs scored.

“Just everything that we work on in practice, we are seeing the results in the game and today was a good day for me,” said Alvarez. “I was relaxed at the plate and just went out there and did my job. We’re a very good offensive team but we have a lot of depth in pitching so we are really expecting big things. I believe in everybody here, the coaching staff and myself as well.”

True North actually rallied for two more runs in the top of the fourth on a Samuel Fischer single, RBI triple from Robert Alvarez and RBI single by Luis Flores, to pull within 9-4 and perhaps had ideas of a big comeback.

But SLAM quickly ended those hopes that huge offensive onslaught in the bottom of the inning which was highlighted by a grand slam home run over the center field fence by second baseman Nick Rodriguez.

Even though his team fell behind in the first inning, Florin said there was no panic in the SLAM dugout.

“No worries, we have a lot of confidence in our bats to bounce back and answer back offensively at anytime,” said Florin. “We’re off to a nice start this season and don’t worry about anybody else in terms of what the outside noise is. We worry about what’s in here and confidence in each other and that’s all we can do.”

As far as True North is concerned, after a nice 3-0 start to the season, TN suffered its eighth loss in the last 10 games to fall to 5-8. But True North manager Adrian Nieto, a former major leaguer and South Florida standout at American Heritage, understands that he has young wet-behind-the-ears players and that this is going to be a work in progress. 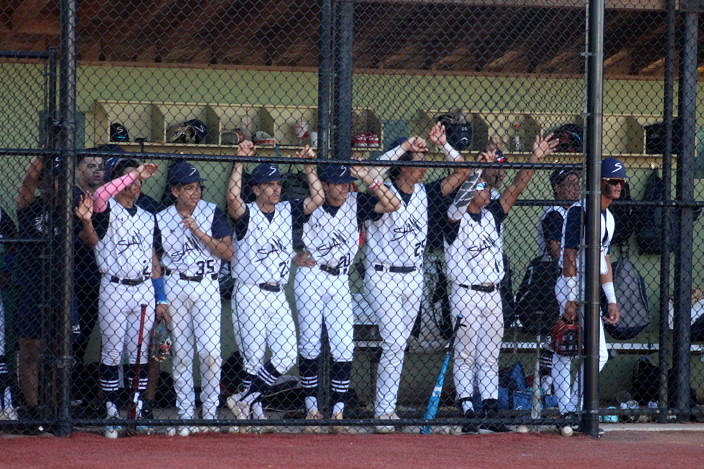 A testimony to that is the fact that eight of the nine players that started for True North on Tuesday were in either eighth or ninth grade. Thus True North probably leads the state in one category and that would be the youngest team to take the field.

“It’s growing pains for sure,” said Nieto who played for the 2008 state champion Heritage team and eventually worked his way up through the minors to play for the Chicago White Sox in 2014. “We went up against some guys today going D-1 for a reason. I told my kids to study them and learn from them. That’s how I did it in my playing career, learning from older guys. SLAM did to us today what they were supposed to do.”

Nieto indicated that it’s all about teaching and that he and his coaches are going to have to learn to be patient in order to build this program.

“Patience is a big word,” said Nieto. “The biggest test for me and my staff. You have some moments where you see your kid out on the field and it’s like ‘who did you play for before getting here.’ That’s unfortunate but it’s not their fault. They just haven’t been coached the right way and that’s where me and my staff come in. It will be up to us to teach them. That will be our role now as teachers, mentors and role models.”