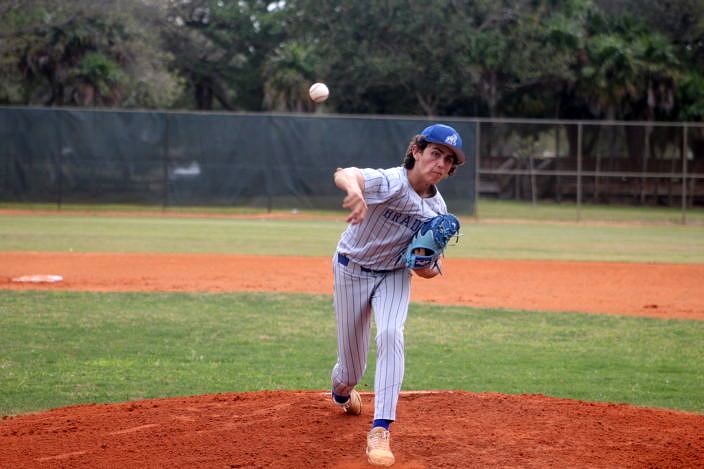 Freshman pitcher Miguel Diaz made his first career start for Braddock and was the winning pitcher of record.

Looking to bounce back after a rough loss to Westminster Christian last week, the Braddock Bulldogs got the ship righted on Monday afternoon.

Thanks in part to being the beneficiary of 11 free passes (7 walks and 4 hit batsmen), Braddock took advantage of some young inexperienced pitching and cruised to a 9-3 victory over TERRA Institute at Kendall Hammocks Park.

“We knew Braddock was good and were prepared but we’re still feeling through our pitching staff right now,” said TERRA manager Steve Suarez. “It’s early in the season but at the end of the day, you give out 11 free passes, you’re not going to win the ball game, especially against a really good team like Braddock.”

Suarez threw his number one and number two pitchers on Thursday and Friday, respectively but is still in search of any depth beyond that. He started junior Sean Gay, who is normally his second baseman.

Braddock jumped on Gay for two runs in the top of the first on two hit batters, a walk and a 2-RBI single to left center by Jonathan Medina and never looked back. 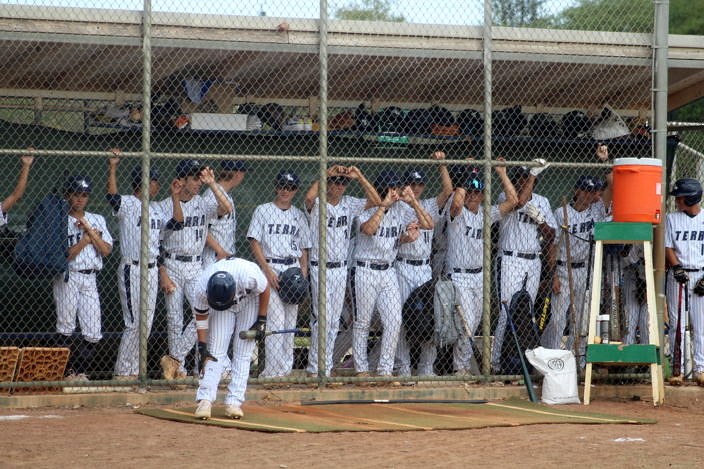 Gay walked two more batters in the second but got out of that unscathed but would have no such luck in the third. That’s when Medina got hit by a pitch to lead off the inning and Anthony Contreras followed with a walk.

Eventually both runners, thanks to another walk and a wild pitch, scored on RBI sacrifice flies to center by Alejandro Rodriguez-Gallo and Manny Sanchez, respectively which chased Gay and brought in Gabriel Mestre, who started the game in center field.

After Mestre retired the side in order in the fourth and the Wolves actually touched Braddock freshman starter Miguel Diaz for a run in the bottom of the inning on an Abel Martin RBI single to cut the deficit to 4-1, the Bulldogs essentially ended the contest in the top of the fifth when they batted around and plated five runs.

It was a mixed bag for Braddock manager Wesley Morejon and his Bulldogs last week as they avenged a bitter postseason defeat a year ago against Columbus by beating the Explorers 9-6 but then two days later getting clobbered by Westminster Christian 12-1. Morejon was looking to get things pointed back in the right direction and got it.

“We came out flat against Westminster last week,” said Morejon who saw his team improve to 3-2. “We didn’t pitch well, didn’t hit well, didn’t play defense well, didn’t do anything well. In addition, sometimes playing on Monday, off a weekend, you come out flat as well but we didn’t do that today. We had some young arms throwing today and everybody executed much better today than Thursday. I was proud of the way we pitched and put some crooked numbers up there and came out with the W.”

Morejon was especially pleased with Diaz, his freshman pitcher making his first career start. Diaz cruised through the first three innings facing just one batter over the minimum before running into a few issues in the fourth when the Wolves (3-2) came around the order the second time.

“We don’t usually let our young pitchers face the lineup the second time around so we knew in that fourth inning Miguel was going to have to show us what he had,” said Morejon. “He wanted it, he was begging for it, got into a little trouble but managed to get himself out of it.”

Carlos Franco replaced Diaz in the fifth and after one good inning, struggled in the sixth when, on four pitches, the Wolves loaded the bases on singles by Damian Leyva and Juan Puerta and Sammy Alonso getting hit by a pitch.

He then walked in a run on a base on balls to Martin but then got a big 4-6-3 double play ball off the bat of Micheal Ramos. A run scored on the DP but he then got Joanny Aracil to fly out to center for the final out to escape with just two runs allowed and the Bulldogs were still comfortably in front with a six run lead. Andrew Sarmiento then closed out the Wolves in order in the seventh to end the game. 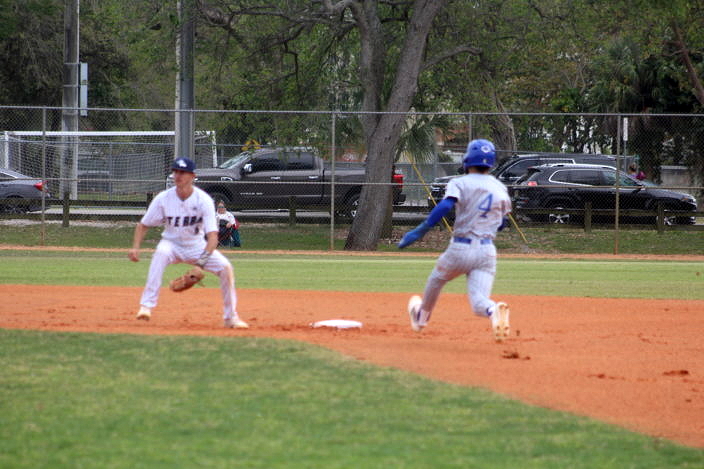 “We barrelled a lot of balls today and just came out here and took care of business so it’s all good,” said Medina who finished 1-for-3 with the two RBIs and a run scored. “So far, the season has gone pretty good. Even though we had a couple of tough losses, we’re playing a very hard schedule. We’ve seen the best of the best so far (Braddock’s other loss to Plantation American Heritage) so that will help us down the road.”

Suarez said that his most immediate task ahead is to see if he can find that number three pitcher as the rest of his team is pretty solid.

“I know who they are, they just need more experience and they’re getting it,” said Suarez. “Sean (Gay) is normally my second baseman and today was his first start. I’m searching for that three and today was all about me searching. Not that they can’t do the job, I believe in them. They just don’t have the experience yet and that will come down the road.”