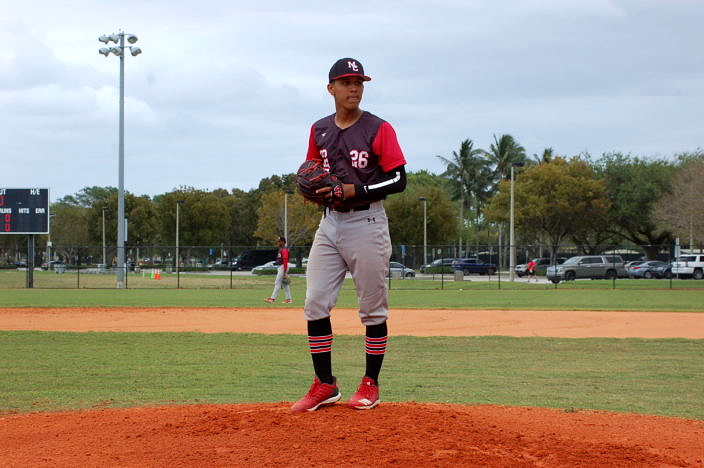 Miami Christian starter Dereck Arrocha warming up before the game.

The Miami Christian Victors (7-2)  are now 2-0 in the HSBN/Hofball March Madness Classic as a dominant outing from starter Dereck Arrocha led to a 3-0 shut out of the Dwyer Panthers (5-3) on Monday.

Arrocha pitched all but the final frame for the Victors, giving up just three hits and three walks while striking out eight. He began to tire late in the game and was pulled after getting out of a bases-loaded jam in the sixth that he created with a pair of walks. Gabriel Guillen came in for the save and allowed the first two batters he faced to reach on singles. A strikeout and double play ended the threat and wrapped things up for Miami Christian.

“We’re built for defense and pitching,” Victors manager Chris Cuadra said. “We’ve been working all year long on it, and that’s how we’re going to win a championship. A quality start from our starter and Guillen came in and did well.”

Putting the ball in play can pay off big time in high school baseball, but not against a team like Miami Christian. The Victors pride themselves on solid defense and know that it’s their gloves that will carry them to states.

“Our pitching always does the job and our defense is really our main thing,” third baseman Roylan Quevedo said. “We really trust our pitchers and they trust us, so we can just go out there and have fun.” 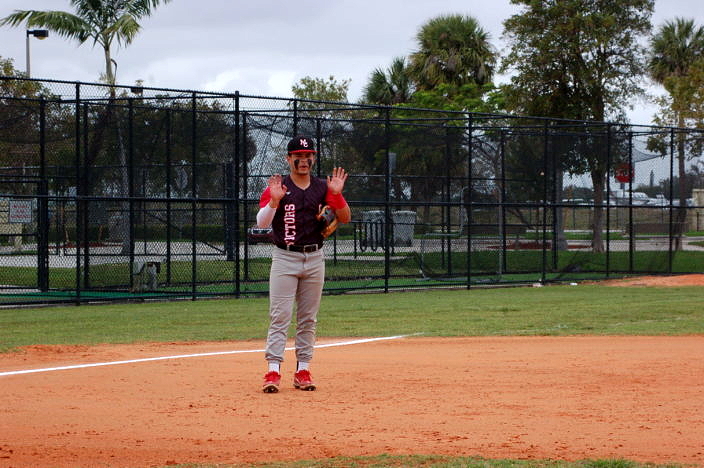 While pitching might be the Victors’ bread and butter, they were solid at the plate on Monday. Miami Christian drew six walks and notched five hits with a few more balls in play that could go either way between hit or error at this level. Perhaps the best night at the plate came from a player who didn’t even get a hit but was still responsible for two of the three runs in the ball game crossing the plate.

Left fielder Diego Melendez walked twice and drove in the first run of the afternoon on a sacrifice fly to center field. The third and final run of the game came on a lightly hit ball by Melendez to third base. Unsure with where to go with the ball, Dwyer’s third baseman pump-faked and launched an errant throw that allowed Quevedo to score.

The Victors are right back at it on Tuesday with an away game against American Heritage Plantation and then they return to Pompano Four Fields on Friday for a 9 a.m. game against Platte. Cuadra’s challenge to the team is to close out the week with the same energy that they started with and to go into next week hungry for a tenth win of the year. 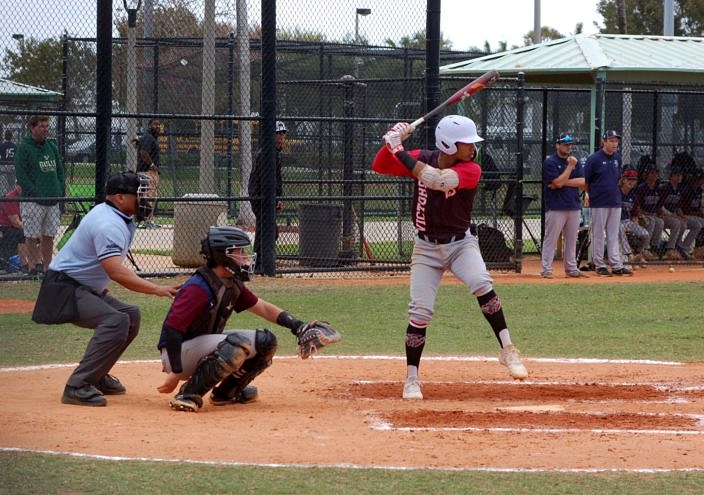 On the other side of the diamond, Panthers manager Alex Morales was at loss for words after watching his team play one of their worst games of the season.

Starter Nick Rovitti did what he could to keep the game close, but he ended up taking the loss after giving up two earned runs in 4 1/3 innings with no run support behind him. Rovitti’s walks (4) outpaced his strikeouts (1) but he pitched fairly efficiently considering the number of errors committed by the infield. Morales said that defense cost them this game but it’s typically an area of strength for the team.

After outscoring opponents 32-13 over the last four games, nine strikeouts and zero runs is the opposite of what Panthers fans expect from the team at the plate.

“It’s not what we expected,” Morales said. “We’ve been on a pretty good roll. We’ve been hitting the ball very well. We’ve been playing a lot of games at home, so I think we just got comfortable. We came out and didn’t play our normal game, especially with the bats.”

Despite the doom and gloom tone of the Dwyer dugout after the game, Morales ended the afternoon on a note of optimism. He felt that the team would be alright in the long run after moving on from this loss. Up next, the Panthers have Champagnat in another tournament game on Wednesday. The Lions are just 2-3 this season, so that could be the right game for Dwyer to bounce back in.