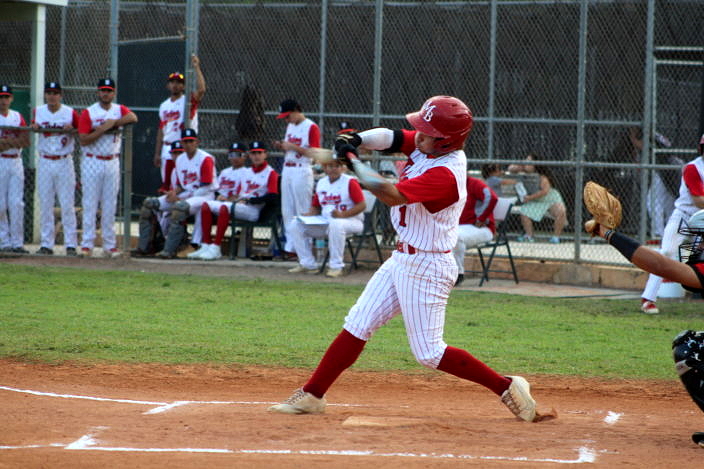 Just 24 hours after watching his team turn in a rocky performance in a 12-2 loss to Miami High, Miami Beach interim manager Jerry Santos decided to “shake things up” before his team took the field on Wednesday night.

“They don’t know it yet, but five of our starters from yesterday are not starting tonight,” said Santos before the game after watching his Hi-Tides commit half a dozen errors in the lopsided loss to MHS. “I’m going to try a few new faces out there and let’s see what happens.”

Chalk one up for the coach as his “new-look” Beach squad responded impressively, turning in a flawless performance, knocking off Coral Gables 4-1 at Flamingo Park in Miami Beach and ending the Cavaliers four game winning streak in the process.

The team’s pitching coach, Santos is filling in for manager Charlie Garcia who was called out of town this week due to a death in the family. And he didn’t hesitate to make changes when he didn’t like what he saw on Tuesday.

“This isn’t just an eight or nine man team you put out there on a daily basis,” said Santos. “There are other players on the roster as well and whoever goes out there has to do their job and that’s what they did tonight. As a team they went out there and executed. Look at that (pointing to scoreboard), no errors, that’s what you need to see.”

Indeed as the Hi-Tides, who improved to 5-4 on the season played a flawless game in the field giving starting pitcher Luis Nieves all the support he needed. And Nieves was equally as brilliant as well.

Even though he only struck out two batters and yielded seven hits, they were scattered and his off speed curve ball and slider kept Gables hitters off balance all night as he went the distance to record the complete game win. A performance his pitching coach was very proud of.

“This was his second start and his first one was a complete game shutout against Krop last week,” said Santos. “Luis is really getting it done out there. He comes in here tonight and throws another gem. Just 81 pitches which is being really efficient and that’s what I love to see from my pitchers. His off speed stuff he throws for strikes, he stays ahead in the count and if you can do that, it doesn’t matter how hard you throw, as long as you hit your spots, that’s all you have to do.” 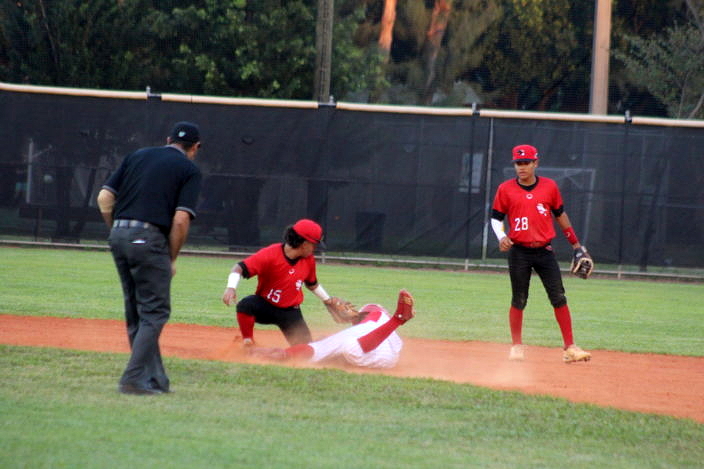 Gables shortstop Sebastian Hernandez puts the tag on Beach’s Alan Ochoa as he unsuccessfully attempts to steal second in the third inning.

Nieves watched as his teammates got him all the runs he would need when they put together a three-run rally in the last of the second off Gables starter Hayden Hohman.

After catcher Kevin Montilla slapped a one-out single to left, Russell Royce followed with a base hit to right. Hitting No. 9 in the order, Nieves then stepped up and hit a grounder to third that might’ve been a 5-4-3 double play. But an error left the bases loaded.

Hohman then wild pitched a run home before leadoff hitter Alessandro Villegas stepped up and single to center to bring in the second run. One batter later, Nieves scored from third on a fielders choice RBI groundout by Brody Minick.

Beach added another unearned run in the fifth to build the lead to 4-0 before Nieves ran into his only difficult inning of the night in the sixth. That when, with two outs and a runner on first, Gables DH Angel Garcia singled to left.

Nieves then hit Idail Diago to load the bases before Daniel Tellechea singled to left to bring in a run, leaving the bases loaded. But, despite a screaming Gables dugout making as much noise as possible, Nieves settled down and got Jake Borras to ground out to second to end the inning and the rally.

“Everything was working for me tonight,” said Nieves. “My slider, my curveball, fast ball, it was all on. My location was important and it allowed me to stay ahead in the count. I just took my time out there and didn’t get rattled. Tonight was an important for us because we had such a terrible game yesterday.” 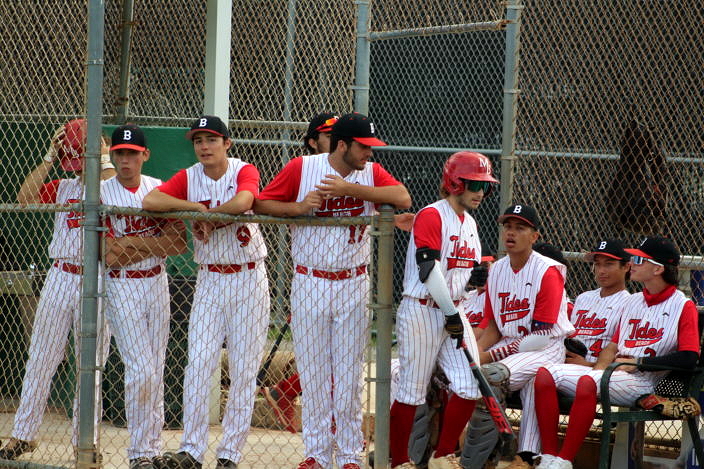 One of those “new faces” for Santos on Wednesday night was Montilla who rewarded his coach by going 2-for-3 at the plate with a run scored.

“I appreciated the opportunity to get out there and just show what I could do and came out tonight and gave it everything I had,” said Montilla. “The chemistry was the same, we are not just individuals. Even though we had a few new guys in the lineup, we’re all one team and we all pull for each other.”

Ernie Padron was not much for words following the game as the disappointed Gables manager watched his team’s four game winning streak come to an end as the Cavaliers slipped to 7-5 on the season.

“Not much to say, we just didn’t play well tonight,” said Padron. “Hats off to Beach – they did their job and we didn’t. They came ready to play and we didn’t. We came out really flat and they took advantage of our mistakes and that was the ball game. A frustrating night.”