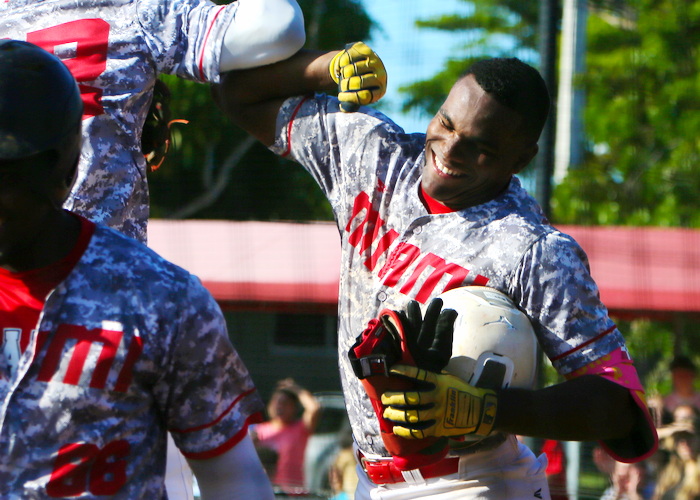 A 10-run third inning was the catalyst. That and a stellar four-inning stint from senior pitcher Walter Acevedo. Maimi Christian, ranked No. 6 in the Miami-Dade Power Rankings, closed the regular season with a 22-3 record and will host the 2A District 16 Tournament next week.

“It was a good game to lead us into the playoffs, build some confidence, it was senior night,” said Miami Christian manager Chris Cuadra. “We had a little bit of fun with the kids on their last home game.”

The fun began with a five-run first inning before the merry-go-round spun a 10-run third inning. The Victors batted around in each frame.

Senior Jameson Caro capped the third-inning fireworks with a grand slam home run. It was his second at-bat of the inning after lining an RBI-single the first time up. He went 3-for-3 for the game, stole a base, scored three runs, and drove in six more, including an RBI-double in the fifth inning that ended the game early by the run rule.

“It feels good coming out here, my last regular high school game, it means a lot,” Caro said. “Having my boys with me, that really inspired me. This day was really special to me, and it was just a good day.” 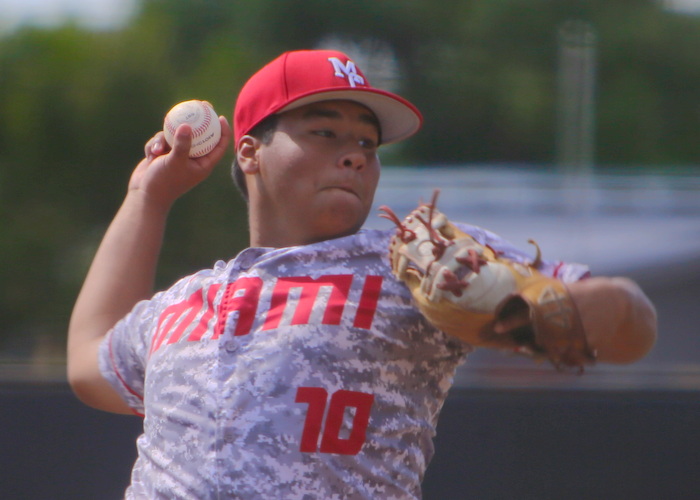 While Caro was helping lead the Victors’ 16-hit attack, equally inspiring was the work that Acevedo did on the mound for four innings.

“He’s been with us for about three years,” noted Cuadra. “He’s a great kid, works hard. He didn’t eat up a lot of innings throughout the season, so I gave him a start. He deserves it.”

Acevedo gave up a single to the first batter he faced, and then didn’t allow another one the rest of his outing. He struck out seven and walked just two. It was the perfect way to close out his regular season career at Miami Christian.

“It felt good,” said Acevedo, who hit his spots with a mixture of fastball and curveball. “I trusted my defense that they could do the job. It felt good to start. I’m just happy I did my job. This is the farthest I’ve gone in a while,” said Acevedo, who added his excitement for the upcoming playoffs. “I think we have a team to go far. I think we can win it all.” 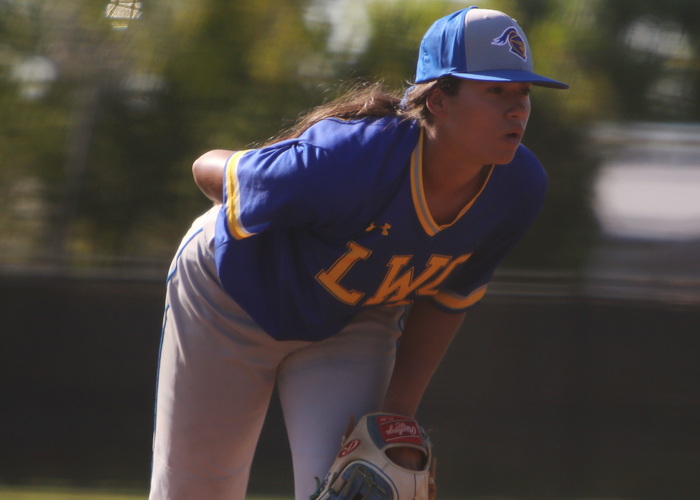 Lake Worth Christian pitcher Mia Kruspe, an eighth-grader, threw strikes for the Defenders on Tuesday at Miami Christian. Photo by Glenn Sattell

Eight of the nine starters for Miami Christian, crossed the plate at least once. Wander Heredia went 4-for-4 with a triple. He scored three runs and drove in another three. Anthony Fernandez had two hits, three RBIs and scored twice.

The Victors led 15-1 before Lake Worth Christian batted around in the fifth inning and tallied six runs of their own, taking advantage of three hit batsmen, five walks and an error.

Andrew Alexander had the only hit in the inning, two-run single. He had both of the Defenders’ hits in the game, stole a base, and scored twice. 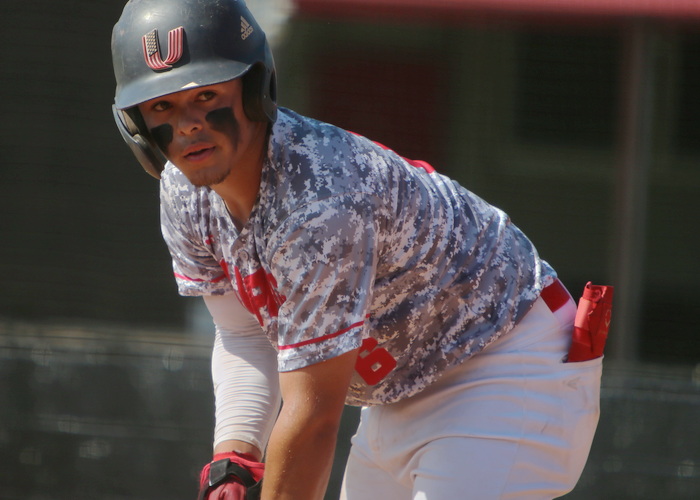 Miami Christian’s Roylan Quevedo scored twice and was on base three times in the Victors’ big win on Tuesday over Lake Worth Christian. Photo by Glenn Sattell

“One bad inning, we couldn’t get out of it,” said Lake Worth Christian manager Juan Bustabad in summation. “We came down here, the kids battled hard and that’s all we wanted to do.”

Bustabad also complimented the work of eighth-grader Mia Kruspe, who took the mound and threw strikes when the Defenders’ pitching staff struggled to find the plate. Four Lake Worth Christian hurlers combined for 10 walks in the game.

The Defenders, now 12-5 on the year, close the regular season at Calvary Christian Academy in a 4 p.m. Thursday game.