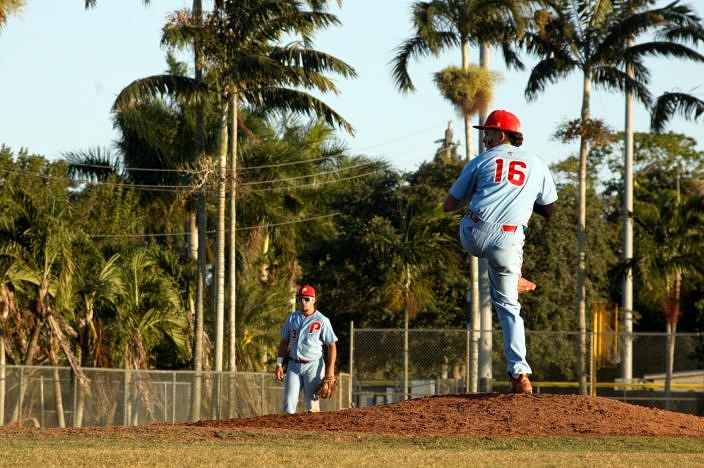 John Caballero strikes out four in his start against Western Tuesday.

Two of South Florida’s best collided on Tuesday night as the visiting Monsignor Pace Spartans (19-5) took down the Western Wildcats (18-5) by a score of 6-2.

“You saw two good teams get together tonight,” Spartans manager Tom Duffin said. “Western has been swinging the bat very well and to hold them to two runs is a credit to our pitchers today. They did a good job keeping them off balance. We knew we were coming into a dogfight and you always want to play these types of games leading into the playoffs. You’ve got to be prepared.”

Duffin’s final line couldn’t ring more true at this point of the season, and this game certainly seemed to be a case study of teams on the opposite side of the ready-or-not dyad. Errors and control issues put Western down early, and the momentum never truly swung back in favor of the home team Wildcats despite them outhitting the Spartans six to three. Manager Onel Garcia wasn’t interested in looking for silver linings after the loss. Instead, he’s looking for a way to get his club motivated at the most crucial point of the year.

“No, there’s no positives here. We’re not into moral stuff anymore. We want to win. It was kind of disappointing that they played so flat here today. This team, sometimes, things linger on. We didn’t play good against Pine Crest either yesterday. We happened to win, but I just hope they’re not checking out and saying ‘hey, that’s a good enough season and we’re done.’ Hopefully, they’re not doing that because we’re right in the thick of things.

“Today we found out we’re the one seed for the district playoffs, but these are high school kids, man. Sometimes they don’t have the hunger necessary and I hope that’s not it. The play does the talking. You can talk all you want but the play has to match it, and today we had our flattest game of the whole year. We’re way better than this.” 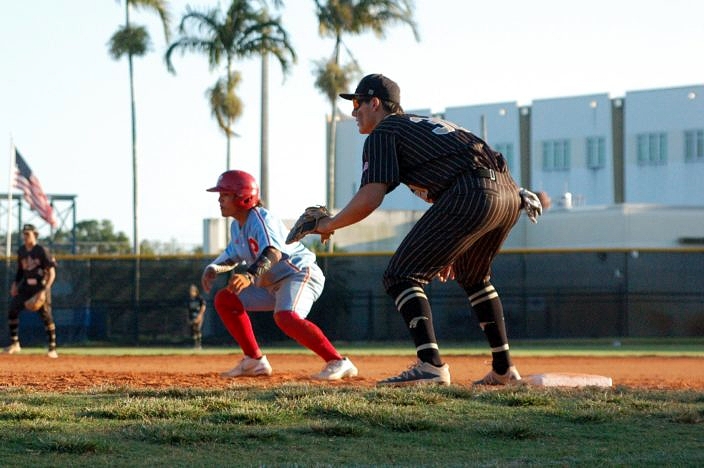 Designated hitter Nick Bermudez prepares to steal second in the top of the second inning.

The tough love may seem harsh, but Garcia is right, Western is better than this. This is the same team that beat Broward No. 4 Taravella at the beginning of the month and followed it up by taking an 8-8 tie with Douglas into the ninth inning a week ago. He did mention that losing to the Eagles seemed to be what kicked off this funk that the team can’t seem to shake. Nonetheless, the Wildcats will enter the district playoff as the top seed, but Garcia knows that doesn’t mean a guaranteed trip to regionals.

“It’s a really hard district,” he said.”We came in first, West Broward’s in second, Flanagan’s in third and Cypress (Bay) is in fourth. Cypress, they kicked our butts the first time and they’re definitely capable of doing it again. Any team here can beat any team. It’s whoever plays best that day. There are no favorites, there are no underdogs.”

To get right for the playoffs, the Wildcats will need a better performance from the pitching staff. Starter Jake Butter ran into some early trouble thanks to a walk and a hit batter. Montreat College signee Archimedes Barrios punished him with a two-run double to right field. Butter got out of the inning with a strikeout, but the momentum shift had already taken place.

John Caballero got the start for Pace and cruised through the first two innings of the ballgame. A pair of walks in the third led to a run on a Luis Lorenzo single, but Caballero preserved the lead by getting the next two batters to fly out. The Spartans didn’t wait long to get back on the board either. Barrios led off the fourth with a solo home run to center field on a 2-0 fastball. Another single knocked Butter out of the game and in came Alex Pena for the Wildcats. Two more runs came around during the inning to make it 5-1, but they were unearned due to errors.

“I’m not really thinking about going yard (while at the plate) that often,” Barrios said. “I’m just thinking about trying to hit the ball through the middle of the field and get on base. I think that as a team if we can all keep hitting, we should have a nice little run in the postseason.” 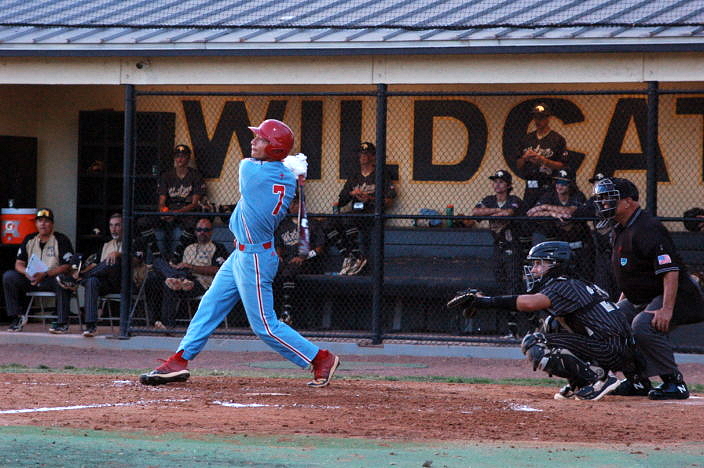 Caballero finished off the fourth and was removed due to being on a pitch count. Duffin liked what he saw from him and believes he’ll be ready to go for whatever’s needed of him in the playoffs.

“Two weeks ago we shut him down because he had a little soreness. We brought him back last week and had him on a pitch count. He was on one again tonight and just wanted to make sure he’s feeling good as a tune-up. We needed that from him because, in the playoffs, you need multiple pitchers. You’re not going to get those complete games this time of year.”

Left-hander Sebastian Valdez finished off the final three innings of the game, allowing just one run in the final frame while striking out five and earning the save. Pace wraps up the regular season with a home game against TERRA Institute (6-13) on Thursday and then awaits the winner of Carol City vs. Miami Country Day after receiving a bye in the first round of the district tournament.

Meanwhile, Western finishes things up on Wednesday with a road game against Archbishop McCarthy (14-9). As the top seed in their district, the Wildcats also get a bye and will await the winner of Cypress Bay and Dr. Krop.