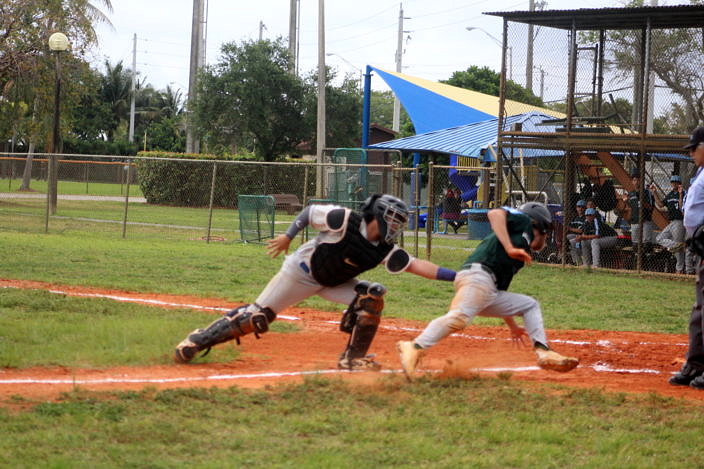 Doctor’s Charter catcher Oscar Vergera puts the tag on Ransom’s Jarrett Howland who was out at home trying to score in the third inning.

Rough times at the beginning of the season now probably seem like a distant memory for the Ransom-Everglades Raiders.

Even though it was hardly your conventional type of win, Ransom took it anyway on Monday afternoon when the Raiders, who dropped four of their first seven games to start the season, won their seventh in row, a 6-0 victory over Doctor’s Charter at Pepper Park in North Miami.

That part really wasn’t clear when the game was called by the home plate umpire in the middle of the fourth inning. That when Doctor’s Charter manager Calvin Johnson, moments after being ejected from the game after vehemently arguing a call and using colorful language with the base umpire, refused to leave the park.

Johnson claimed that he was an employee of the City of North Miami and worked at Pepper Park. The home plate umpire didn’t want to hear it and declared the game over.

Either way, it goes down as a win for the Raiders who are now 10-4 on the season and hoping for big things as they head down the stretch.

“We’ve definitely started playing really well the last few games,” said pitcher Collin Goff, who only pitched three innings but got the win as he only faced 10 batters, firing a one-hitter. “We started off the season a little sloppy but we’ve put the work in, minimized our errors, got a lot more quality at-bats and now we’re seeing the results of that hard work. Today I had good command of my two-seam and then had my four-seamer working as well.” 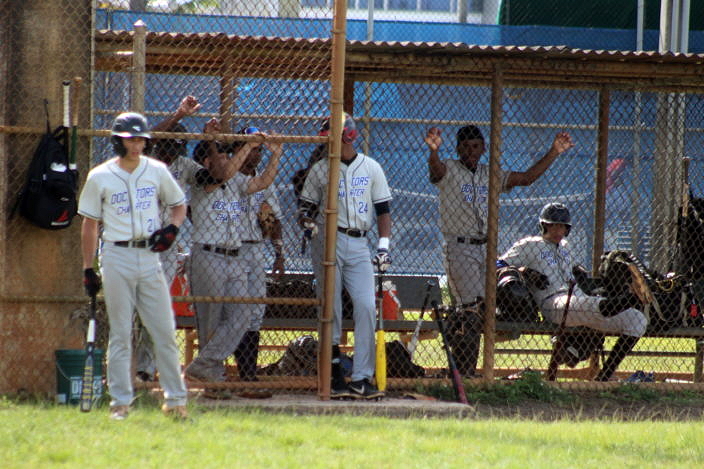 Goff got the only run he would need when the Raiders plated a run in the top of the second. After Jack Harris led off the inning with a single and went to third on a one-out base hit to right by Mason Lastra, pinch runner Andre Coscarelli then scored from third on an RBI groundout to second by Nate Kaplan.

Ransom scored two more unearned runs in the top of the third when, with two outs and runners on second and third, Harris hit a ground ball to shortstop that could’ve been the last out of the inning. But the throw to first went wide and both runners scored.

After Ransom’s first two batters struck out to start the fourth, the Raiders then put together a big two-out rally when Jarrett Howland got hit by a pitch, Alejandro Garcon singled to right center and Justin Saphier walked. Two runs then scored on a single down the right field line by Harris.

Another run scored from third on a throw-down to second on an attempted steal by Thomas Fisher who was called safe on the steal attempt prompting Johnson’s coming out to argue and subsequent ejection.

“Collin hit it right on the spot, we started a little rough but fundamentally we’ve gotten stronger as the season has gone by,” said Ransom-Everglades manager Kenny Perez. “This is a team that I knew could be this good at this point. Defense, offense, everything is coming together. Playing as a team, a unit, it took some time but now they’re playing as one and something you sit back and enjoy.”

Perez knows that as well as his team is playing, ahead awaits a very challenging district playoff tournament in 3A-15 as the Raiders have the likes of Gulliver Prep., SLAM Academy, LaSalle and Florida Christian residing in their district.

“We’re in a challenging district for sure,” said Perez. “But with this team, I won’t be surprised if we can sneak one by and make a postseason run. Obviously we will have to come with our A game, can’t show any weaknesses or flaws but anything is possible with this team.” 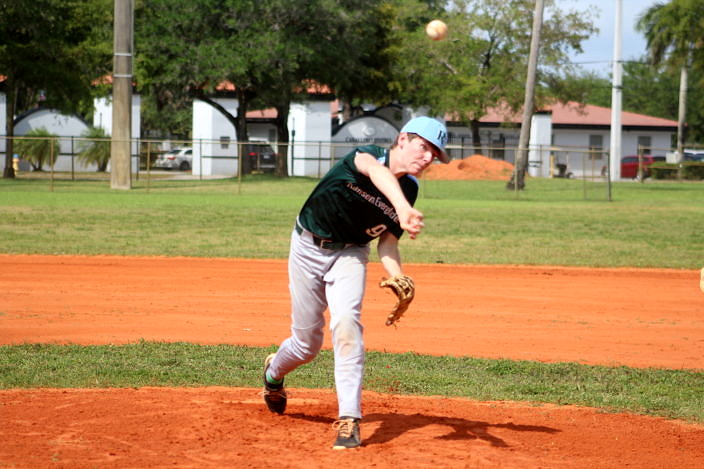 As far as Johnson and his Hawks team is concerned, the 2022 season has been a rough one as the loss left Doctor’s Charter with a 2-12 record this far. Irregardless, Johnson was contrite and apologetic after the game for his actions that caused the plug being pulled early on the contest.

“First and foremost, I recognize the fact that I have to do a better job of keeping my composure,” said Johnson. “It’s been a long frustrating season here but I’ve got to do a better job of being the leader for these kids so I take full responsibility for my actions. I didn’t feel like we got the correct call but at times like that, you have to keep your composure. There’s no room for that type of behavior. I talked to my kids afterwards and told them that this one was on me and I’ll wear that. It was not only not fair to my kids but the Ransom kids in the other dugout as well who didn’t get to finish the game. I took away from our kids and the other kids as well and I apologize for that.”