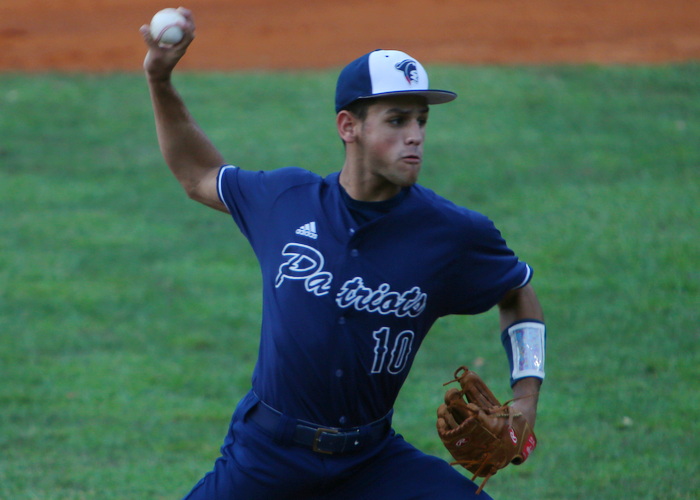 Florida Christian pitcher Robert Rodriguez got the win on the mound in the Patriots’ 3-1 triumph at home over No. 7 Westminster Christian. Photo by Glenn Sattell

Putting his early season struggles behind him, Florida Christian senior right-hander Robert Rodriguez has found his groove. One strike away from a complete game, Rodriguez hand-cuffed rivals Westminster Christian on Thursday night leading the Patriots to a 3-1 win at home over the Warriors, who were ranked No. 7 in the latest Miami-Dade Power Rankings.

Rodriguez improved to 6-2 for the season by pitching 6 2/3 innings on Thursday, allowing just three hits and a first-inning run before settling down and striking out six.

Rodriguez has given up just three runs in his last 28 innings of work.

Perhaps a little too hyped for the big rivalry game in front of the home crowd, Rodriguez yielded a run in the first inning.

“Yeah, it’s adrenaline,” Rodriguez said. “You see the crowd full of fans and it’s a rivalry that’s been going on for like 5 or 10 years. It gets you pumped up.”

He walked Westminster Christian slugger Sal Stewart to open the game. Stewart hit 17 home runs last season and batted .534. He is hitting above .500 again in his senior season and has signed with Vanderbilt.

Stewart scored on a double by Rene Ramirez to give the Warriors an early 1-0 lead, and maintained his plus-.500 batting average for the season by going 1-for-2 with a seventh-inning double off Patriots’ reliever Stephen Nunez, who closed the door after that to earn a save.

Though he started a little slow, Rodriguez picked it up and got stronger as the game wore on. He settled down, minimized the damage and began to take command, retiring six in a row after Ramirez’s double. 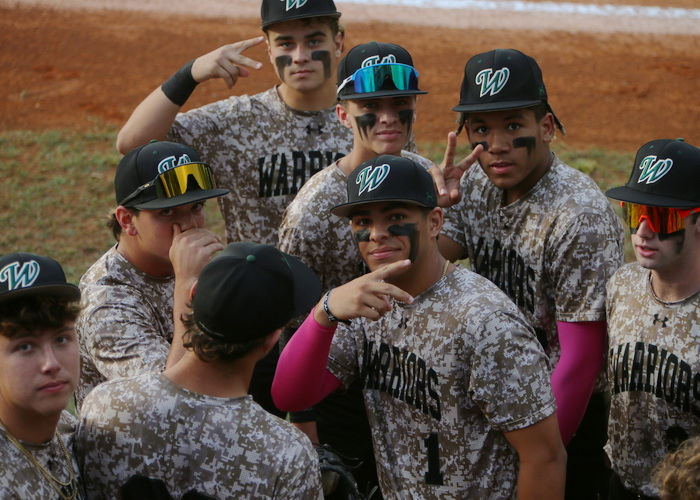 “I seemed to pick it up with the breaking ball and the fastball getting a lot of zones,” said Rodriguez, who felt the turning point in the fifth inning and the score tied, 1-1.

“After I struck out their big guy (Stewart), it’s all about that,” said Rodriguez, who went the rest of the way allowing just two hits, both fourth-inning singles, to D’Angelo Ortiz and Danny Hernandez.

Rodriguez said he was most happy with simply contributing to the big win.

“Just to get us the win, keep us quiet after that loud first inning and put some zeroes up,” he said. 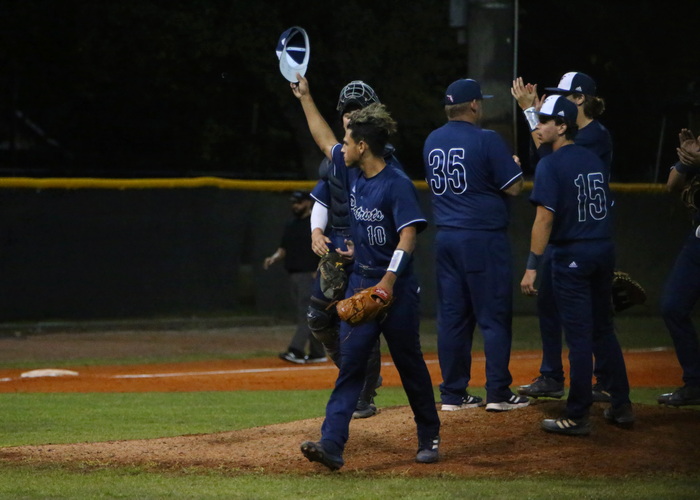 Florida Christian pitcher Robert Rodriguez tips his cap to cheering fans as he leaves with two outs in the seventh inning of a 3-1 win over Westminster Christian on Thursday night. Photo by Glenn Sattell

Mike Palenzuela provided all the offense needed to lift the Patriots (14-8) to their fifth consecutive win and seventh in the last eight games. He tied the game in the third inning with his first of two doubles, scoring Keanu Rodriguez, who like Palenzuela collected three hits in the game.

Though he said he felt no pressure, Palenzuela delivered the clutch hit of the game, a two-out, two-run double in the sixth inning that broke the 1-1 tie. Looking for a fastball, Palenzuela got an off-speed pitch instead but was able to react to it and belt it in the left-center field gap scoring both Keanu Rodriguez and Jacob Brigman with what proved to be the winning runs.

“I was just trying to barrel something up the middle,” Palenzuela said. “The first double I was trying to go the other way, not do to much with it, just barrel the ball.” 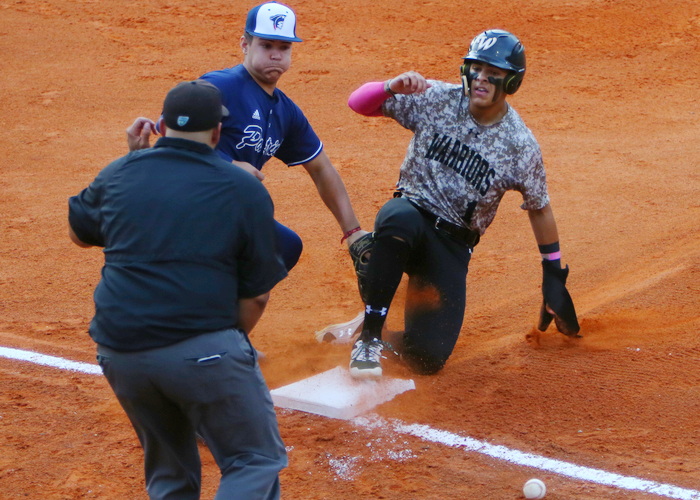 He did, capping an impressive comeback against the ranked visitors.

“I love this team,” Palenzuela said.

Giancarlo Chantres doubled and both Brigman and Javier Gorostola singled to round out the Patriots’ nine-hit attack.

It was Westminster Christian’s fourth consecutive loss, dropping the ranked Warriors to 14-8 for the season.