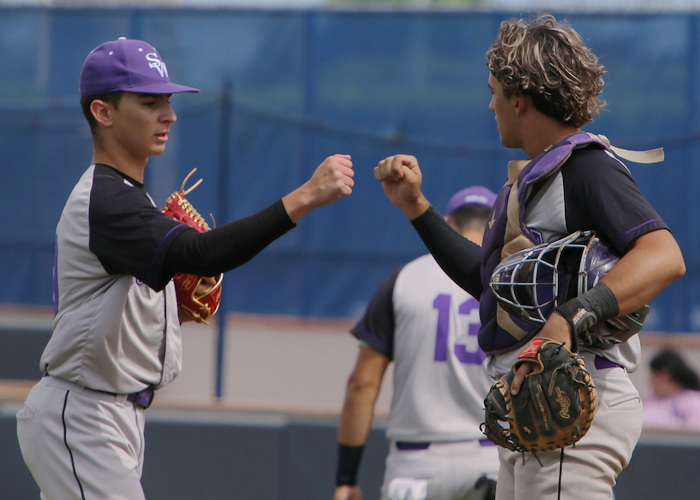 Southwest used a two-out rally in the sixth inning and some small ball to add insurance in the seventh to turn back hosts Columbus, 3-1, on Tuesday afternoon in the semifinals of the GMAC Tournament. The Eagles advance to the finals on Thursday at Florida International University where they’ll meet Miami Springs, ranked No. 1 in the latest Miami-Dade Power Rankings.

The Hawks (17-3) reached the tourney finale with a 3-2 win over the Braddock Bulldogs in the other semifinal on Wednesday.

It takes a veteran club to rally late against No. 5-ranked Columbus on its home turf, that and some outstanding pitching from senior Lucas Elissalt.

“We’ve been doing that all year,” said Southwest manager Mandy Peleaz, whose No. 8-ranked Eagles won for the ninth consecutive game and improved to 18-4 for the season. “We have a good group of guys that have been with us for a while. We always find a way and the good thing about this group is they’ve got a lot of heart. Since the fall they’ve shown that they don’t give up, they don’t get down on themselves. They know we play seven innings and they grind it out. We had to manufacture a run there at the end, and they got the job done.”

A perfectly-executed safety squeeze bunt by Matthew Ferrer allowed German Ferrer to score from third base after he opened the seventh inning with a double and was bunted over by Christopher Alvarez. It was Southwest’s third of three successful bunts in the game.

“My brother was on third, so I had to bring him in somehow,” said Matthew Ferrer, who had two of the Eagles’ seven hits. “Just trusting my hands, had to sit back and drive the ball the other way,” he said of his third- and sixth-inning singles, the latter started Southwest’s two-run inning that gave the Eagles the lead. “They had a good pitcher, so I just had to wait for my pitch.” 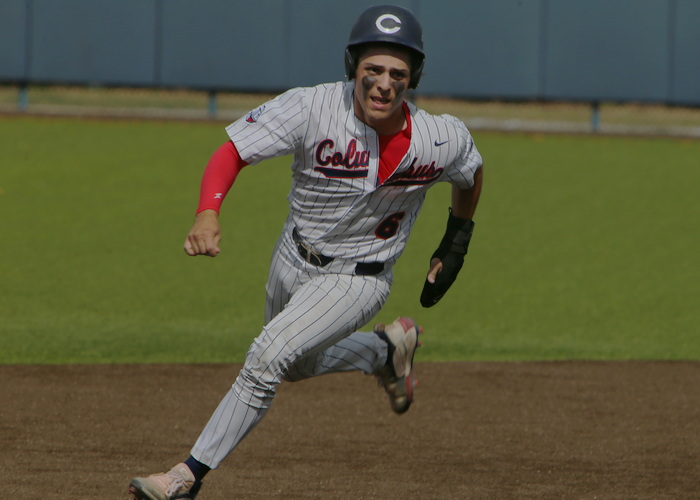 Columbus’ Ryan Cainzos rounds the bases to score for the Explorers on Wednesday in the semifinals of the GMAC Tournament. Photo by Glenn Sattell

Held scoreless through five innings by Columbus pitcher Marchelo Biondi, the Eagles were finally able to push across a couple of runs. Down 1-0, they put together a two-out rally to take a 2-1 lead. Diego Santos came through with a single and, coupled with a throwing error, brought home both Tyler Duarte, who singled, and Jesus Moreno, a courtesy runner for Alberto Rigual, who reached on a fielder’s choice.

“Diego came through with a big hit there, put a little pressure on (Columbus),” Peleaz said.

It was enough to give Elissalt the win after a gutsy performance on the mound. He went six innings, allowing just four hits and struck out five while walking three. Elissalt threw 99 pitches, according to Peleaz.

“He’s been our workhorse all year,” Peleaz said. “He really pitched well today.” 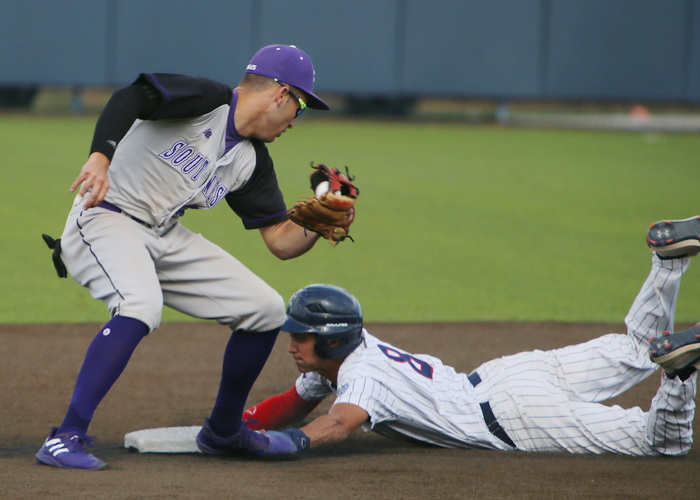 Southwest scored late to claim a 3-1 win at Columbus on Wednesday afternoon in the GMAC Tournament semifinals game. Photo by Glenn Sattell

Most taxing of all for Elissalt was the 16-pitch at-bat in the sixth inning with Columbus’ Luis Miguel, who ultimately coaxed a walk.

“I wanted to take a nap after that, I was so tired,” Elissalt said. “(Miguel) just kept fighting and fighting. Props to him.”

And props to the Columbus trainer, who messaged a cramp from Elissalt’s thumb late in the game, enabling him to continue.

“I couldn’t open my hand, but they messaged it and it was O.K.,” said Elissalt, who also praised his defense for its outstanding play. “Saved me completely,” he said. “Late in the game a couple of double plays. Nice track downs on fly balls, very nice.” 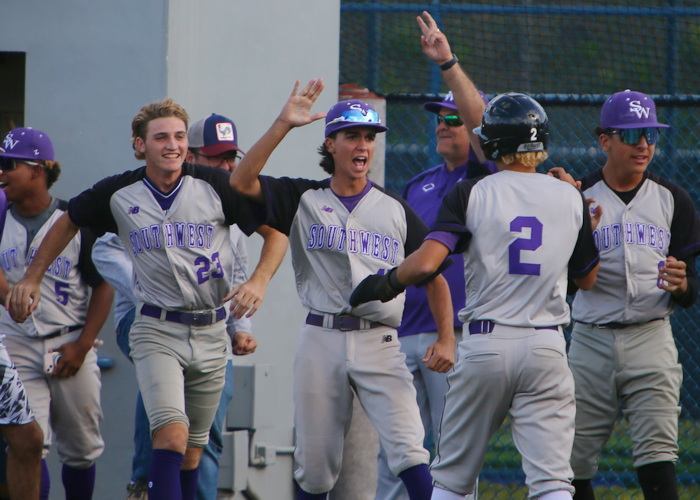 Southwest celebrates a two-run sixth inning that erased a 1-0 deficit. The Eagles went on for a 3-1 win at Columbus on Wednesday afternoon. Photo by Glenn Sattell

Columbus manager Joe Weber, whose Explorers snapped a five-game win streak and slipped to 16-5 for the season, summed up the pitcher’s duel.

“Their pitcher was good; the wind was tough as well, tough day to hit,” Weber said. “We had opportunities to execute and get some bunts down that we didn’t get down; they did. They executed and beat us, it happens.”

The Explorers grabbed a 1-0 lead in the third on consecutive two-out singles by Ryan Cainzos, Anthony Gonzalez, and Michael Corral. Those were three of the Explorers’ four hits in the game, all singles, with Miguel accounting for the other.

But Southwest rallied late behind Elissalt, and Erick Juvier recorded a save with a hitless inning in relief.

“We’re a bunch of brothers, we play for each other,” Ferrer said. “We’re trying to make it far this year.”