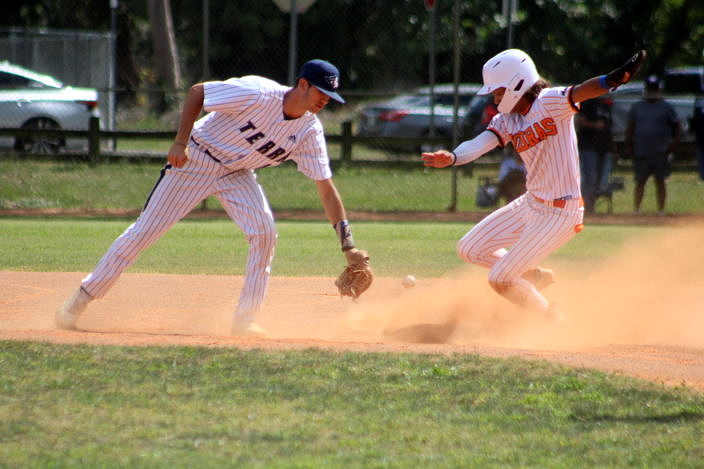 We’re not sure about what exactly the analytics would come out to but when you give up seven runs in the top of the first inning, your chances of winning a baseball game are probably less than five percent.

But nobody bothered to tell that to the TERRA Institute Wolves on Monday afternoon.

After spotting South Miami that seven spot in the top of the first, the Wolves took that five percent and came all the way back, battling their way to an impressive 11-9 come-from-behind win at Indian Hammocks Park in Kendall.

“As you know, anything can happen, especially in high school baseball,” said TERRA manager Steven Suarez. “We started off rough today, but our motto is we never quit no matter what the scoreboard says. Even if we give up 20 runs, we’re not going to quit. We’ve come back a couple of times this year and it’s just what I try and drill into them that you’re always in it.”

After enduring nine straight losses following a 3-0 start to the season, the Wolves have now won three of their last four including nice wins over Keys Gate and Mater Academy to improve to 6-10 on the season.

“We’ve been down a lot of times this season already and each time we’ve battled back,” said TERRA shortstop Joanny Aracil who finished 2-for-3 for 2 RBIs on the day. “Even though we may not have won those games, we know we can hit and can come back from any deficit and we showed what we can do today and came all the way back.”

South Miami stunned the Wolves by sending 11 batters to the plate in that opening inning and at one point had five consecutive hits including an RBI double by Alejandro Villar and a 2-RBI double by Alex Diaz.

But it didn’t take TERRA that long to erase the seven run deficit. The Wolves immediately answered with four runs in the bottom of the inning and then scored four more in the second and actually had an 8-7 lead after two innings. 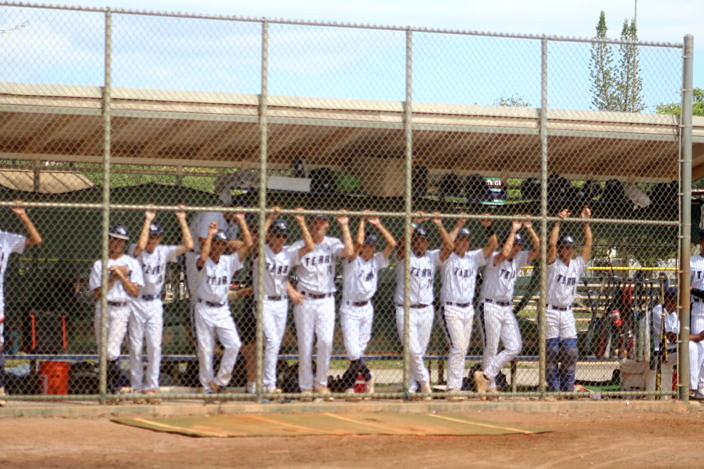 They scored the first inning runs despite only getting three hits (Damian Leyva, Elias Morales and Aracil) capitalizing on two errors, two stolen bases and three wild pitches along the way. Leyva came through with an RBI single in the second inning to pull to within 7-5. Two more walks and a pair of hit batsmen brought in another run before Aracil stepped up and drilled a shot to the fence in left center to score two more runs and just like that it was 8-7.

The steadying force for the Wolves on this day was pitcher Sammy Alonso who entered the game in the second inning and would go the rest of the way, giving up just two runs and actually got stronger as the game got to the sixth inning where he struck out the side in order, the 2-3-4 hitters in the South Miami lineup.

He also had what turned out to be the game-deciding RBI when, after Juan Puerta singled and stole second, he blooped a base hit into right center scoring Puerta to give his team a 10-9 lead in the last of the fourth. Puerta came through with an RBI single in the sixth to score Morales to give Alonso a valuable insurance run.

“Whenever I come into a game, no matter what, I have the mentality that the game is 0-0,” said Alonso. “We know that we can come back. We came out today with energy because I did not see one person in our dugout sitting down on the bench. When we’re like that, we can win anytime. Even after being down seven runs, if we are in the game mentally, we’re going to be in the game physically.”

South Miami tried to get something going in the last inning when Diaz led off with a double down the left field line. But Alonso didn’t blink. He struck out the next batter before getting Ryan Buxeda to line out to right and Jorge Leon to fly out to center ending the game.

“Even though it hasn’t shown up all the time in the win/loss column, we’ve actually been playing pretty good baseball this year,” said Suarez. “We just have to keep playing well so we can carry that into districts.” 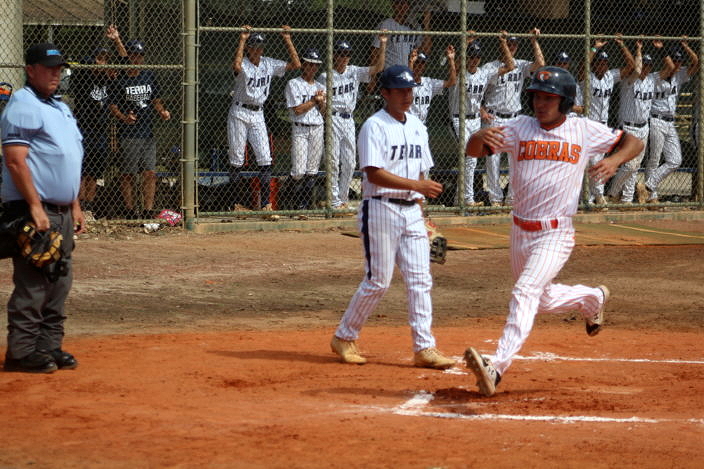 After a 5-3-1 start to the season, the Cobras are in a rough patch right now having dropped eight of their last nine games to fall to 6-11-1. And Monday was especially rough because they certainly thought they were on their way to victory after the great start.

“We made more mental mistakes than them (TERRA) today so they deserved the W,” said South Miami manager Howard Cuervo. “Most of the time this happens with young guys where maybe they get big lea and start to make the mental mistakes. I just told them after the game to play each of the seven innings one at a time and concentrate on the game and not necessarily what the score is.”