Doral Academy Walks Off Sickles To Advance To State Final 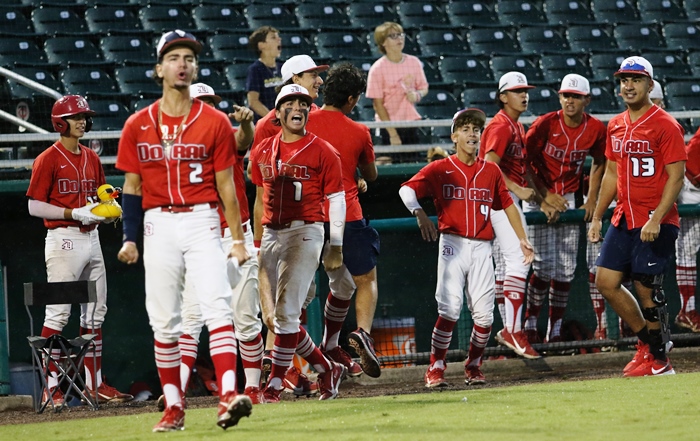 The faces have changed over the last few years but the mission has remained the same, and Friday afternoon the Doral Academy Firebirds cleared the last hurdle towards their final destination. Thanks to an RBI single to right field from Daniel Restrepo in the bottom of the ninth inning, the host Firebirds walked off with a 5-4 victory over the Sickles Gryphons in the Class 6A state semifinal at Hammond Stadium in Fort Myers.

Doral returns to the state championship on Saturday for some unfinished business, after ending as the state runners up in the 2019 season. The Firebirds (25-4-1) will take on the Pace Patriots (26-3), who also reached the title game thanks to a 2-1 win over the Melbourne Bulldogs in the other 6A semifinal.

“We’ve got two seniors on this team. I never thought that this team would win 25 games and get this far,” Doral Manager Ralph Suarez said. “And now we’ve got the big boy tomorrow.”

Doral has reached the state Final Four three times in the past five seasons in search of the program’s first state championship. Early on, it looked like a foregone conclusion of reaching the title game after the Firebirds jumped out to a 4-0 lead over the first four frames. But the Gryphons (24-7) rallied back to tie things up with a four-run sixth inning.

“It’s frustrating. We walked four guys and we gave up four hits. This game should have been over a long time ago,” Suarez said. “Jake did a great job and we played phenomenal defense, like we always do. But we made that blunder at third and it cost us, like they always do. We haven’t done that all year. So we made things difficult on ourselves. You’ve got to be fundamentally sound all of the time.” 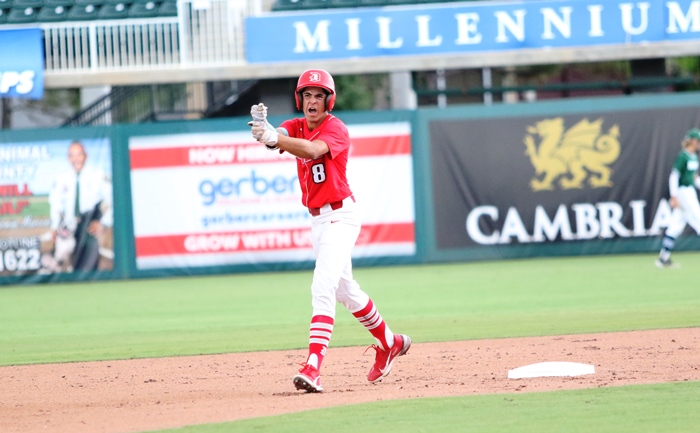 After Doral escaped the trouble in the sixth, the two sides played tug-of-war into extra innings. Finally, in the bottom of the ninth, the club strung things together to finally finish things off and earn the victory. Adrian Santana started things off with a base hit back to the pitcher, and he then stole second base and advanced to third thanks to a sacrifice bunt from Nicholas Calderon. Following intentional walks to Jake Santos and Alejandro Ludeiro that set up the force-out to any base, Restrepo delivered on a 1-0 pitch with a liner to right field that plated Santana to end it.

“That last at bat, he gave me the same situation that he gave me the first time, but this time I felt a lot more confident and I had my team behind me. It felt good,” Restrepo said. “We had a lot of rain delays that probably got the pitchers a little out of focus, but we came back and we did the job. We had a spark in the dugout, and we always find a way to do the job.”

Restrepo was 3-for-5 with four RBI on the day.

“He’s been outstanding all year for us. He really has. He has been hustling,” Suarez said. 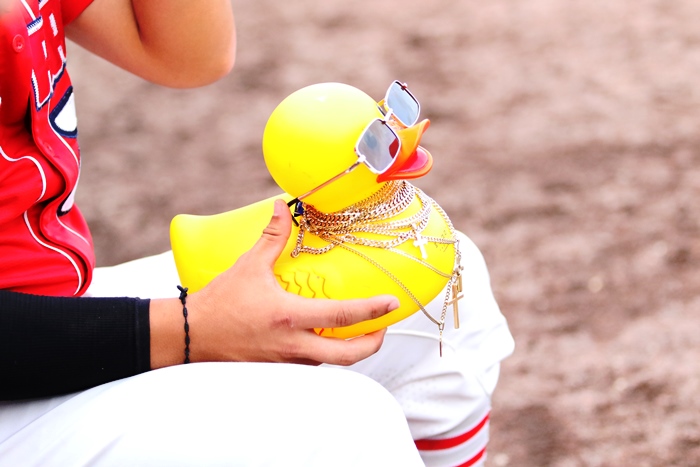 One of the Doral coaches shared his good luck duck from his high school days, and the team has adopted the lucky charm this season.