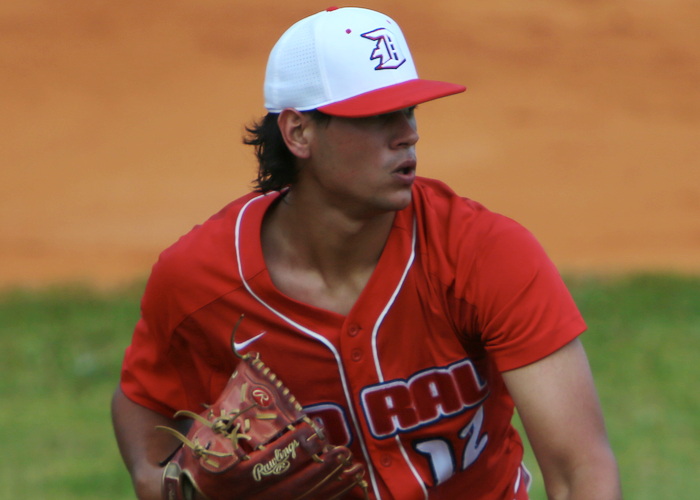 Doral Academy starting pitcher Frank Menendez combined with three others on a one-hit shutout on Thursday. Photo by Glenn Sattell

Four Doral Academy pitchers combined on a one-hit shutout and the Firebirds waited out two lengthy lightening delays to capture the District 6A-16 championship with an 8-0 win over Varela on Thursday at Coral Park High School.

The Firebirds (22-4-1), ranked No. 3 in the Miami-Dade Power Rankings, effectively put the game out of reach with a six-run third inning before coasting to victory behind a stellar group of arms that made their way to the mound.

Doral starting pitcher Frank Menendez was in complete control. The first of two lightening delays, however, shortened his day on the mound. Menendez worked only three innings, allowing one hit while striking out two.

But it didn’t start out that way. Menendez said he felt some tightening in his back during his pregame bullpen.

“It was one of those days where you’re not going to have your best stuff, but you’ve got to grind through it because it’s the district championship,” Menendez said. “You’ve got to win it. I just grinded through it.”

He was upset about allowing Varela’s lone hit, a third-inning single by Christian Perez.

“I kind of lobbed it in there. I was expecting him not to swing at it. He swung at it and got a base hit.”

Menendez credited the Doral coaching staff for developing the arm talent on the roster.

“We have two of the best pitching coaches in the area,” Menendez said. “They work us hard and that’s what they expect. They expect us to do that.”

Michael Torres threw a clean fourth inning, striking out two. He did most of his damage at the plate, going 3-for-3 with a double, two RBIs and two runs scored. 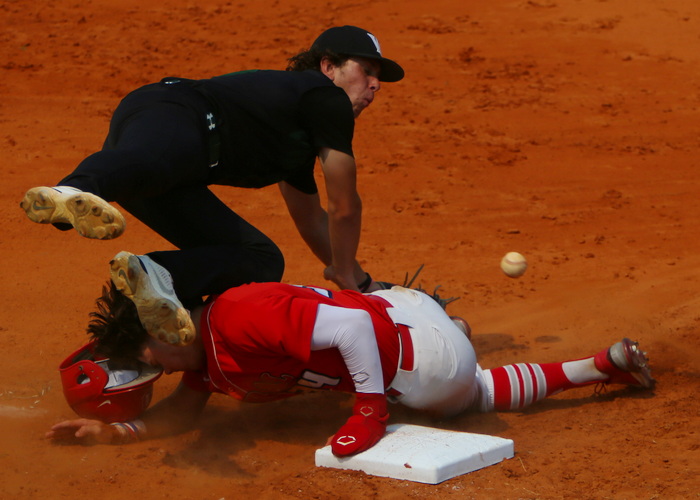 A close play at third leads to another Firebirds’ run on Thursday. Photo by Glenn Sattell

He singled and scored in the second inning to give the Firebirds a 1-0 lead, then contributed to the big third-inning uprising with a two-run double that plated both Sebastian Berrios and Adrian Santana, who also walked and scored the game’s final run in the fourth inning.

The Miami Hurricanes football team has its turnover chain. There are many variations throughout all sports, and now the Firebirds have their own – a duck named Quackson. Not a real one, but rather the kind you would more likely find in a bath tub. And when a Doral player scores a run, he is presented with the duck to carry back to the dugout. It’s why if you attend a Doral game, you now know why you probably hear quacking coming from the Firebirds’ bench. 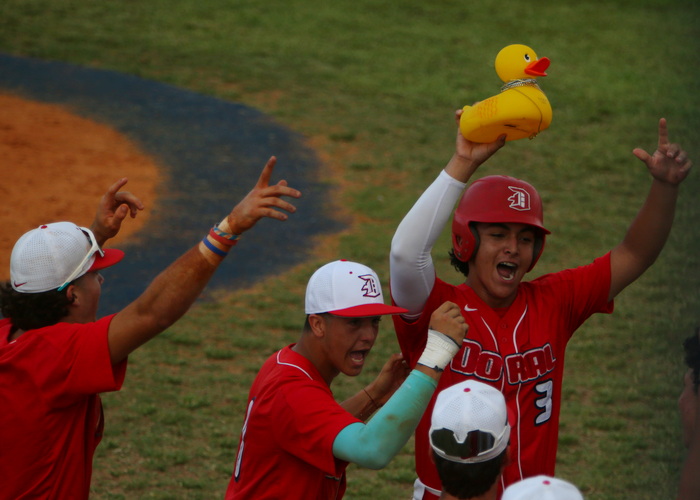 The story goes that the Firebirds’ first base coach had what was called the “Quack Pack” when he played in high school.

“We just decided to bring it back and now we’ve got our own duck,” Torres said. “It’s like the superstition of the team.”

Quackson made its rounds in the third inning with Jake Santos, Alejandro Ludeiro and Daniel Restrepo, who delivered a two-run double, all carrying him back to the bench after crossing the plate. Pedro Jesus Acosta also drilled an RBI-double in the inning.

Jake Gorelick and Acosta then finished up on the mound to complete the shutout. 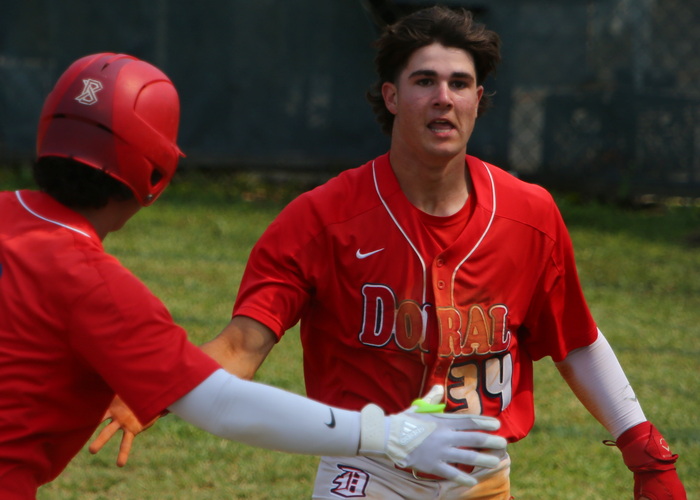 “Our pitching has been phenomenal all year,” said Doral Academy manager Ralph Suarez. “We have a great coaching staff and the kids have worked hard. This is a young group, so they should be very proud that they won more than 20 games this year. I’ve got no complaints considering that we lost 12 seniors (from) last year and they were pretty good.”

Varela manager Lazer Collazo said that he is pretty proud of what the Vipers (13-13) did this season on the diamond as well, becoming the first from the school to reach the district finals.

“It’s just a big-time accomplishment for Varela High School,” Collazo said. “Last year we won nine games, this year we won 13. The previous years, the most they had won was five games. So, it’s very nice where we’re at right now.”