There’s an old baseball adage that goes: “It ain’t over ‘till it’s over.”

South Miami took that saying to the next level on Monday night, scoring five runs in the bottom of the seventh inning to tie its District 5A-16 quarterfinals playoff game with the American Patriots, before winning it with a run in the eighth for a dramatic 8-7 victory at Belen Jesuit High School.

“That was probably one of the most crazy games I’ve ever played in my life, being honest,” said Andrew Alvarez, who manufactured the tying run in the seventh, then came on to pitch in relief for the Cobras and pick up the win. “We were down 7-2 (in the seventh inning) and we came back. Our team played together and we played as a team. That’s how we won. That’s the main reason why we’re going to take this all the way and win the championship.”

Left on the side of the road for six innings by a magnificent pitching performance from American star Esain Pena, who struck out 15 and helped himself at the plate with a two-run homer that broke a scoreless tie in the fourth inning, the Cobras barely had a heartbeat entering their final at-bat.

“We faced a great guy for the other side,” said South Miami manager Howard Cuervo. “I congratulate him. He pitched really well. Bad luck that he was (at his pitch limit) and they took him out. But we keep fighting. We trust each other and we come out with a W.”

The Cobras found a way to get it done, scoring five times on just a lone single from Alex Diaz as the Patriots’ bullpen failed to hold the lead. 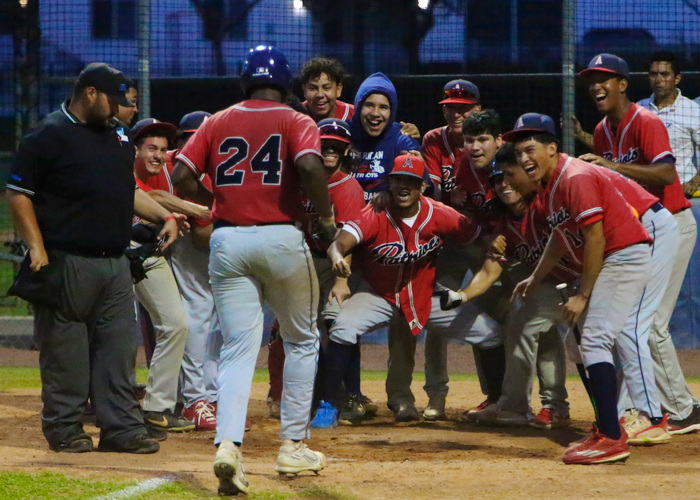 Even at 7-6, the Cobras still faced certain defeat with two outs and two strikes on the batter. That’s when Alvarez bolted from third base and headed for the plate, coaxing a balk from a stunned Patriots’ pitcher, and the game was tied.

“Right when the pitcher moved I took off, and I went home and I scored,” said Alvarez, who sent the game to extra innings and then took the mound. “I came out and I just wanted to throw strikes and just get out of the inning,” he said.

Alvarez did get out of the inning, keeping the Patriots off the scoreboard, setting up the dramatic finish. 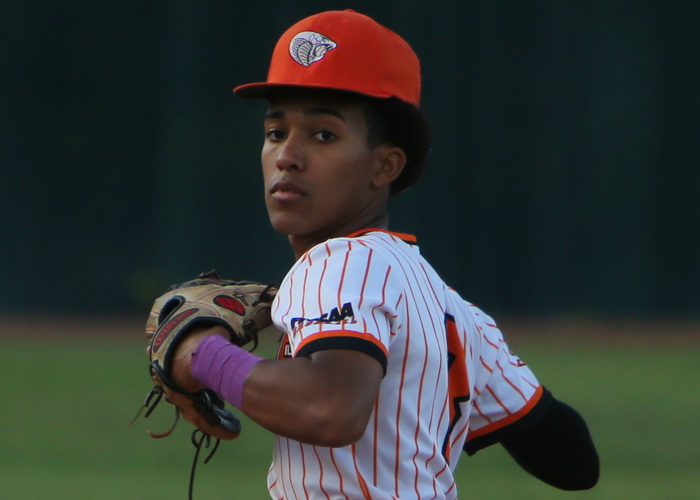 South Miami lead-off hitter Kenneth Gutierrez had a big day at the plate in the Cobra’s 8-7 win on Monday. Photo by Glenn Sattell

Kenneth Gutierrez, who turned in a multi-hit game, scored the winning run when Diaz was hit by a pitch with the bases loaded.

“We don’t quit,” said Gutierrez, who gathered the team prior to the seventh inning and said he put everything on the table. “This is it,” he told the team. “The season on the line, you’ve got to give it your 120 percent and play your heart out there. Play like it’s your last,” he told the team. “And it worked out.”

“Obviously we had an above-average pitcher up on the mound and we had to try to capitalize on what we’ve got to do and that’s getting runners on base,” Gutierrez said. “We didn’t do a lot in the beginning.”

Gutierrez said his objective was simply to do the little things to help the team.

“See if I can put a runner in scoring position, steal a couple of bags, try to put my team in a good position to win,” he said. 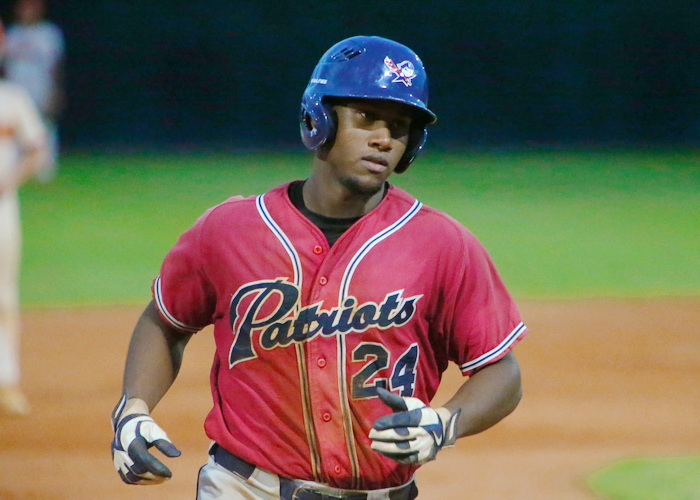 He did and the Cobras gutted out an improbable playoff game victory to stay alive.

He struck out 11 while allowing just three hits. But two of those came in the Patriots’ three-run sixth inning that extended their lead to 5-1. They added two more in the top of the seventh before the Cobras answered.

Until that point, South Miami managed just single runs in the fourth and sixth innings on RBI-singles from Alejandro Villar and Diaz.