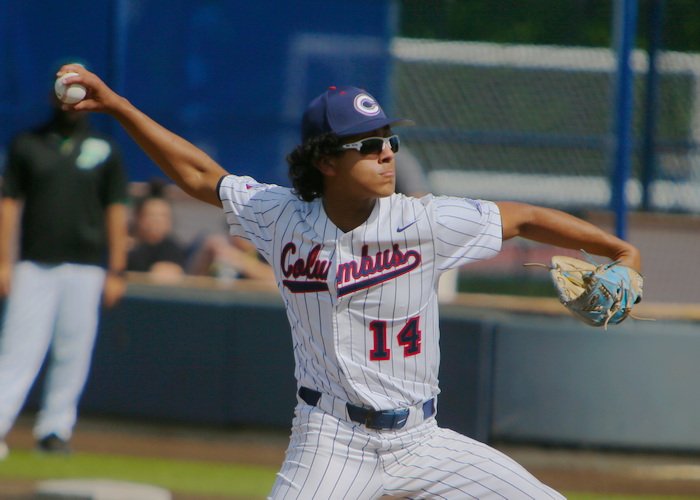 Columbus pitcher Fred Zapata threw a complete game in a 3-2 win over Flanagan on Tuesday. Photo by Glenn Sattell

A year ago, he wasn’t on the radar at Columbus High School. Fast-forward to this season and right-hander Fred Zapata is making the most of his senior campaign. He’s not only the best pitcher on the Explorers’ roster, he could very well be the best pitcher around.

“I think he’s the Dade County Pitcher of the Year,” said Columbus manager Joe Weber following Zapata’s seventh complete game and 10th win of the season, a 3-2 victory over Flanagan Tuesday in a region quarterfinals matchup of ranked teams from their respective counties. “I don’t know if I’ve ever had anybody throw 73 innings and he’s got 7 walks on the entire year, which is insane in high school.”

Weber couldn’t praise his workhorse enough after Zapata yielded a run in the first inning and then allowed just one Flanagan batter to get a hit the rest of the game. Flanagan’s Brayden Allison singled in both the fifth and seventh innings. Outside of that, Zapata completely shut down the Falcons’ offense.

“Our theory is, we play great defense and with him, you’re going to have to get three hits to beat him because he is not going to beat himself. He’s been phenomenal all year long; not overpowering, but the ball runs, it tails, the defense loves to play behind him because he works quick and they’re getting the ball in play. I just thought he was awesome again today and he’s been awesome all year for us.” 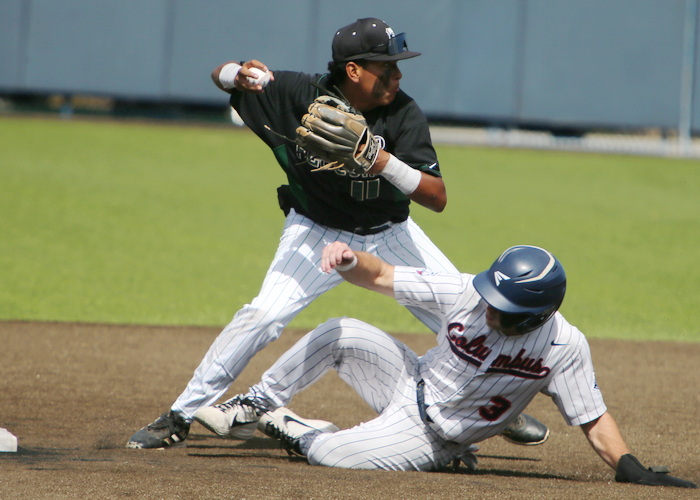 Flanagan and Columbus played a tight-one-run game in the region quarterfinals on Tuesday at the Explorers’ home field. Photo by Glenn Sattell

Zapata threw his offspeed pitches for strikes and that was the key to keeping the Falcons off balance at the plate.

“I was getting them with the offspeed, since they came out swinging,” said Zapata, who kept his ERA under 1.00 for the season because one of the two runs allowed was unearned. “The first inning they made it clear that they were going to be sitting on the fastball, so you have to adjust.”

Finding his confidence after pitching in only a handful of innings last season, Zapata said he goes to the mound feeling he can compete against anyone.

“Just go out there and don’t get scared of anyone; just attack and have fun,” he said.

Even after getting jumped on for a run in the first inning, Zapata said he didn’t let it get to him.

“They came out aggressive, and that’s expected,” he said. “But I just kept throwing strikes, didn’t lose myself and kept my composure.” 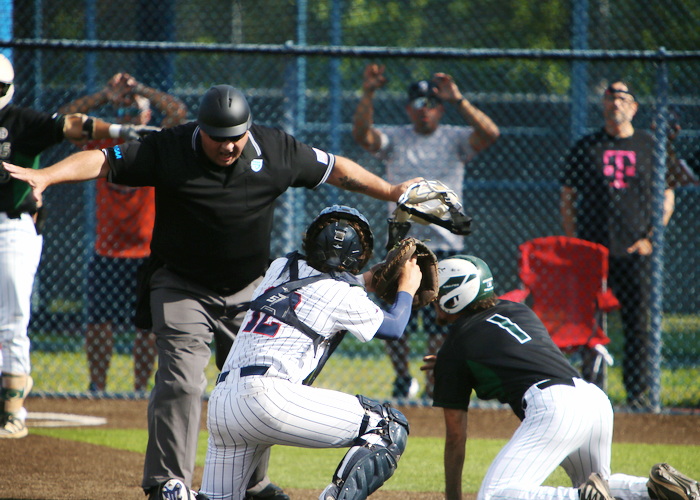 Flanagan scores a run in the sixth inning on Tuesday at Columbus. Photo by Glenn Sattell

And that allowed the Explorers to push across enough runs to keep their season alive. They tied it in the bottom of the first when Anthony Gonzalez singled and later scored on a fielder’s choice grounder off the bat of first baseman Luis Miguel, who along with shortstop Carlos Jacome made the defensive plays of the game.

The Explorers took a 2-1 lead an inning later when Derek Tamargo singled, stole second, and rode home on a single by Nick Mora.

Flanagan tied it, 2-2, in the sixth inning. Daniel Herrera walked and eventually scored on an error, but Columbus answered in the bottom half of the inning with what proved to be the game-winner. Mike Corral opened the frame with a single, his second hit to lead Columbus’ eight-hit attack. He was moved into scoring position on a perfectly executed sacrifice bunt by Miguel, before scoring on a throwing error.

Corral, also a senior, said he had no choice but to come through in the clutch.

“This could have been my last game here, so I had to give it my all,” said Corral, who was looking fastball all the way. “Just sit on the fastball and just smack it when it came,” he said of his approach at the plate. 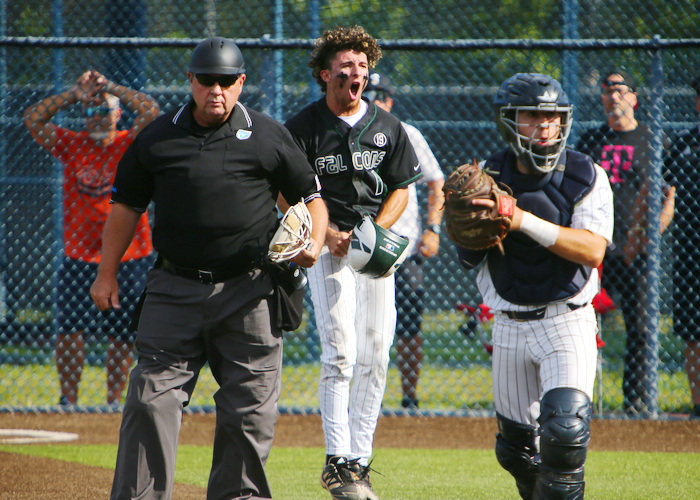 Flanagan tied the game in the sixth inning, but it was Columbus that came away with a 3-2 win on Tuesday. Photo by Glenn Sattell

The win extends Columbus’ win streak to six games, while Flanagan, No. 5 in the Broward Power Rankings, ends its season at 19-9.

“We needed a big hit, we needed a couple of plays to be made that didn’t get made,” said Flanagan manager Noel Figueroa. “That’s baseball. That’s playoff baseball, you’ve got to execute. You’ve got to bunt guys over. We didn’t do that early; late, we did. But you’ve got to get the two-out hit.”

The combination of Zapata on the mound and outstanding defensive play behind him on the fielder-friendly turf proved to be the difference.

“They played great defense,” Figueroa said. “They’re a great defensive team. Weber does a great job over there. He’s got a bunch of assistants that work hard and this turf here helps. You don’t make errors on it.”