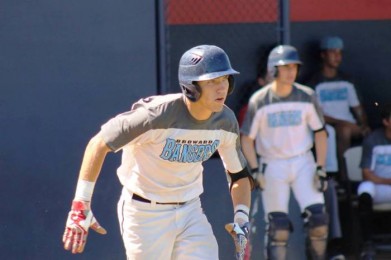 The district chase will be as competitive as ever in 4A-7.

The 2016 regular season will be a dress rehearsal for the teams in 4A-7. The clubs all play one another twice during the season to determine seedings, but all seven teams will play in the district playoffs. This is a fair scenario when considering the abundance of talent on each team, as the disparity between the seventh seed and first seed could be very small.

State realignment has brought together teams from both Broward and Miami-Dade counties. As new rivalries are forged it should provide plenty of excitement for the fans.

“It’s fun and more competitive with some good teams from Broward County, so it should be more competitive than it was last year,” said SLAM Academy manager Alfonso Otero. “Anytime you are the district champions it is tough to repeat the following year because every team out there is after the same goal to win it all. Our guys are here to defend our title and hopefully set our sights on getting past districts and past regionals and into the state tournament.”

All of these teams come from previous districts that were just as large and just as competitive. While the challenge is nothing new for them, the level of unfamiliarity will elevate that challenge as teams work to discover the best way to attack their new opposition.

“I think this district is fantastic,” said Westminster Academy manager Nick James. “You have great coaches at every school, and all these guys know what they are doing and are fantastic at running their programs. There is a lot of parity and I don’t think there is one dominant team. I think they are all pretty doggone good. Hopefully we are all in for a fun year and a dogfight right down to the end.”

New manager Alan Kunkel is leaning on the tradition and history of the program to guide him through his first season as the head guy for the Eagles. Over the past seven years the program has enjoyed a Major Leaguer, two minor leaguers and tons of college players that passed through it.

“There is a rich history and it is a big school for such a small Christian-school feel,” Kunkel said. “I will lean on the kids and the tradition that has been established. We have to pick up where they left off. We have a lot of young kids that are going to contribute this year. We lost nine seniors who contributed largely last year, but we have three seniors left here who also contributed to that team’s success.”

The key thing early on has been to establish chemistry and build something where it is other-centered rather than me-centered. Chemistry fueled the success the team enjoyed last year in setting school history by advancing to the regional finals, and the goal is to use that same dynamic to help guide the team back there and beyond.

“We want to reflect God through ourselves,” said senior Brett Lawson. “We are not trying to be too boastful or anything. We just want to get the job done.”

Last season’s focus was on improving, developing and growing. A year later the Chaminade-Madonna coaches have raised the bar and the expectation is to have some success and win. The Lions are getting a little more pressure on them as far as what is expected of the players and no longer will they be satisfied with being in the middle of the road. The team is expected to play like champions and have that mentality.

With so many returning players on the squad, they understand that they have already made payment last year for their future success. They went through the growing pains of playing a lot of younger guys, and now is the time to show their growth and improvement.
[KEEP READING]

The SLAM Titans are coming off of a special season in which they won the district title and advanced to the regional playoffs for the first time. With nearly every member of that squad now coming back there is a high level of excitement at their prospects ahead this season.

“Last year we accomplished a feat by winning the district and I think it is the first time in the history of Florida that a team first eligible to play in the postseason won the district,” SLAM manager Alfonso Otero said. “We had a great bunch of young guys and we only had three seniors. Basically it was a young core team. The majority of the team are juniors and they are more experienced and much bigger, stronger and smarter, and they are much hungrier to achieve higher goals for this upcoming season.”
[KEEP READING]

The goal of this program is to win a district title. The school has not accomplished this feat since 1991 and it has been a primary focus for manager Dan Rovetto since he took over three years ago. But with a large crop of new faces on the team Rovetto has mentioned this less and is trying to help his team settle in and get comfortable together. But that remains the goal this year and every year.

“I think it is a stepping-stone,” Rovetto said. “There has been plenty of talent here in Coach Hofman’s years and Coach Palmer’s years. We have some ability as well so it is time for us to start taking that leap ad stride forward. I believe we have the ability to do that. Depth has always been the issue in our program from a numbers perspective, so it is imperative that we stay healthy and put our best product out onto the field in order to achieve that goal.”

Pitching is one area where the team does have a lot of depth. Senior Jake Kubiliun figures to log the most innings of his career, along with fellow veteran Buddy Heyward, new right-hander Brendan Tuttle and new left-hander Jack Schmidt.

“I kind of look up to the younger guys,” admitted Kubiliun. “We have a great pitching staff this year and we are pretty excited. I learn a lot from them and they help me, even though I am older.”

The Lions are a team that can beat you in many different ways. With the group of players on this year’s roster it seems like it could always be someone named Thomas who does it. Veterans Thomas Haggerty and Thomas Dorfman excel on the mound, while Thomas Meser and Thomas Neumann do their damage with the bats. There are plenty of other guys on the roster not named Thomas who can also do plenty of damage.

When manager Nick James took over six years the cupboard was pretty bare. But he and his coaches went to work building the program starting with the younger levels. Now the team boasts strong overall numbers and a process that keeps developing their young guys for when it is their turn to lead the varsity squad.

“We are really trying to build it from the bottom up and that is the result you have seen the last couple of years” said James. “We’ve still got a young team this year. We’ve only got four seniors on the roster and we’ve probably got ten sophomores on our varsity roster right now. So it’s going to be a nice sprinkling of veteran wisdom and youthful exuberance.”

With so many young guys on the team it helps that the veterans can relate to what it is like for them. The majority of the older guys also got their first taste of varsity baseball as underclassman. Now they have transformed from those fresh rookies into the same type of guys they were looking up to back then.

“It’s a lot different because we have a lot of younger kids that are looking up to us,” said senior Zach Warenius. “There weren’t as many younger kids when I first came up. But they always follow in the right footsteps and we are setting the right example.”