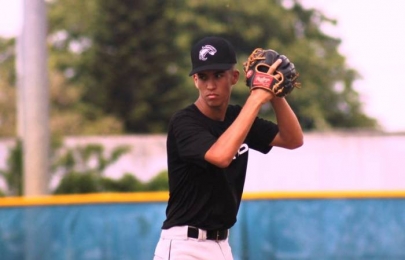 Pitching will be a difference-maker in this district.

Whenever a local team wins a state championship, it helps to bring that dream closer to home in a way that allows all the local players to realize such a feat is a possibility. Last year the Columbus Explorers took home the Class 8A title, and in following their path to glory each of the teams in the district now has a clear vision of what that journey takes.

The way the state realignment worked out has helped fuel the intensity of this new district. The majority of the players on these teams have grown up playing baseball together, and they are eager to earn victories over their longtime friends.

“It’s more local rivalries now,” said Ferguson manager Daniel Barnard. “These kids have been playing with each since they were seven years old, so there are a lot of familiar faces. It creates a little bit of competition and it is something the kids really enjoy, fighting for neighborhood bragging rights.”

The 2015 season brought a wave of excitement and energy back into the Bulldogs’ program. Powered by a veteran group that a had a great balance of talent, chemistry and enthusiasm the team found itself back in the district chase. A year later the remaining members of that squad are eager to lead the team to the next step, into the district title game and also to the regional playoffs. The team heads forward under the leadership of new manager Tony Casas, a former assistant who has been with these players for some time.

“Based on last year’s ball club, this year we have some returning players who will be impact players for our program,” said Casas. “Offensively and on the mound I think we are going to be OK. Nelson Alvarez will be our number one pitcher, and the leadership of Jean Martinez and Mike Rivera will help us make the adjustment.”

For the past few years Braddock has been known as an offensive monster. With the change in personnel following the graduation of nine seniors, the team may assume a different identity in 2016. The goal is to play good defense and get good quality outings from the starters.

Coming off a season as successful as last year was for the Explorers has set the bar as high as possible. Columbus won the Falcon’s First Pitch Classic at Flanagan, the GMAC championship, the district title, the regional crown and then the state title.

“It was definitely a nice season, but really there is just one goal whether you win the district or you don’t, or even if you don’t make the GMAC,” said Explorers manager Joe Weber. “As long as you are the last standing that is the ultimate goal.”

The club is a nice position to defend their crown as the offense has matured from a speed and contact group to a bunch with a lot more power and ability to swing for the gaps. The guys returning in search of another ring are hungrier than ever, and the work they have done to get stronger and tougher shows on the field.

“Power is going be a really big role for me for driving in runs,” said junior veteran Gabe Rivera. “Last year I had different role to try and get on base and score, but now it is a new year and a new season with a different role. I am willing to do whatever the coach needs me to do.”

Last year the pitching strength carried the team along while the offense developed by season’s end. Now this time around the squad is counting on the offense to shoulder the load early and help allow the pitchers to develop into form by the playoffs.

Typically whenever a new manager takes over a baseball program there is a transitional period for everyone to adjust to one another. Such is not the case for the Ferguson Falcons and their new skipper Daniel Barnard. Having spent the past seven years as an assistant coach under former manager Jose Novas, Barnard is no stranger to the program and the players. Both he and fellow assistant Howard Cuevas also spent the majority of last season at the helm, after Novas had to take a leave of absence due to a family medical situation. Now Barnard is officially the top dog, with his mate Cuevas still right there at his side.